A leaked video shows the former chancellor saying that Labour “shoved all the funding into deprived urban areas” and that “needed to be undone”.

This is a stunningly brazen admission from the former Chancellor Rishi Sunak admitting moving money set aside for deprived/underfunded areas and redirecting it to already-more-afflluent areas, which of course just happen to vote for his party.

This is no surprise, it’s not even shocking that he did this - we all sort of figured but for him to just come out and say it, is a stunning lack of discretion. How did he imagine that there wouldn’t be someone with a phone recording it?

I have to say I’m almost - almost - impressed with the steel balls on display here. I just wish it was for a far nobler cause where bravery were meaningful.

The Tory voters, of course, are loving this - who cares about the poor as long as the rich stay rich? But there are many more rightfully and woefully unimpressed by this, and even the marginal voters are going to have second thoughts about this. It’s wonderful ammo for Truss, of course, but also no surprises there.

Bloody hell, that really is brazen. Just came right out and said it. Who gives a shit about the little people, right?

Hope he doesn't get to be PM and is eventually pushed out of politics mired in scandal.

And I hope that Truss is so awful that Labour easily sweeps to victory with a large majority.

This is worse though. It’s one thing to not give a shit about the little people, but this is reverse Robin Hooding - stealing from the poor to give to the rich, far far worse and far more indefensible.

Well yes quite, it's what I meant.

Can you tell that I increasingly hate the tories?

btw, you've got "brave" in the title. I don't think Sunak is worthy of such an accolade. I think putting it in inverted commas would look about right.

It's a brave move to just say the part you're not supposed to say out loud.

Sunak justifies his remark. Whatever. 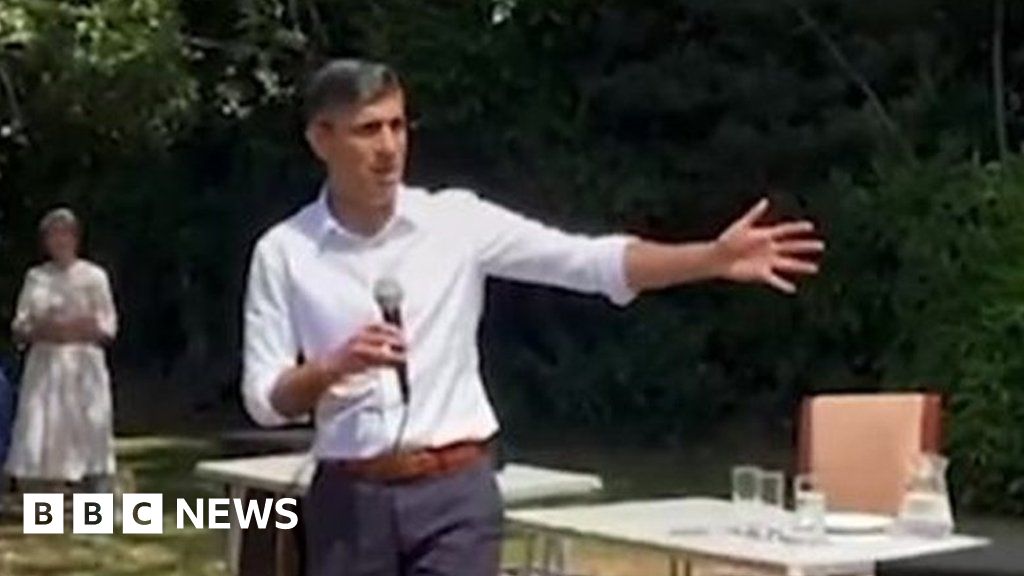 Rishi Sunak said he was arguing that towns and rural areas needed help, not just "big urban areas"; and I agree with him.
People out there in the boondocks need help just as much as council tenants in deprived urban areas.

Dear Mr Starmer is hardly whiter then white either, please note: An inquiry into the Labour leader was opened in June by the Parliamentary Standards Commissioner. The inquiry found that he breached the MPs code of conduct by failing to register interests on time- including gifts from football teams and the sale of a plot of land.... it goes on, it is quite a long list of 'failures'.

Rishi Sunak is a millionaire, and people are envious and hate him for this. Mr Starmer is hardly a pauper either.
Liz Truss is using the oldest tactic in the book to curry votes: she offers Jam today....Tomorrow? tomorrow we eat crap.

While I'm not exactly going to defend Starmer's record, it's one thing to have 8 minor and/or inadvertant slips - we *all* make minor slips, and I don't expect politicians to be any more or less human than I am, especially since one of the late declarations was waiting on finalisation of the price (which is a reasonable reason to do so)

But there's a world of difference between Starmer's breaches of the MP code of conduct and, say, Sunak's or Johnson's. (Receiving a fixed penalty notice, which they both did, should have been grounds for resignation on its own. The mistakes Starmer made are not.)

Sunak is right that places need help, not just big urban areas. However, that's not the root of what he's doing. He's intentionally redistributing funds away from places that *do need it* to places that don't. Tunbridge Wells - where he was speaking, for example - is not by any metric you can name a deprived region.

Sunak is a millionaire - and I don't begrudge that on its own basis. I begrudge him using his position to make him and his mates better off, and in particular for him, of all people, as the head of the Treasury to have his wife actively avoiding (not evading) paying taxes. Prudent, sure, but not appropriate. Neither is the green card situation.

Truss on the other hand is demonstrating that she can and will say whatever she thinks will go down best. A moral vacuum. I wouldn't even mind the pound-shop Thatcherism so much if it had even the slightest veneer of integrity behind it, or something approaching principles. But the campaigning she did in 2016 for Remain seemed honest enough, the current U-turn on how it was all nonsense really isn't.

Well... it's dumb, there's no question about that. BUT... he's not pitching to the people. He's pitching to proper Tory country about making sure proper Tory country got more money. These people don't care about the deprived - they might as well be another country. They're just enjoying getting more money, as long as they're not directly paying for it, they don't care where it comes from. This just sounds good to them.
Share:
Facebook Twitter Reddit Pinterest Tumblr WhatsApp Email Share Link
Top