Wow, I'm all for big coolers that are very quiet and efficient and my last few graphics cards have all sported these. Three slots is enough to do the job in my experience, but four slots is insane. Even though this has a top notch Noctua cooler on it, I'd likely still pass on it if I were in the market for a graphics card now. On top of this, it's only the 10GB RTX 3080 version, not the improved 12GB version and the 4000 series aren't so far away now. Paying a grand for this doesn't seem reasonable to me.

Also, why that awful brown colour? It might be considered iconic, but it's still not to a lot of people's taste. Noctua have since released black and grey versions of their fans, so why not use those, at least as an option?

I have a Noctua NH-D14 and while its performance is superb, even after 11 years of solid use, that colour continues to be a bit of an eyesore. 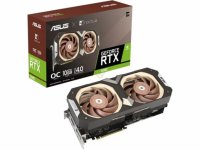 4 slots... would you want to take up this much space in your PC when 3 slots works just fine? 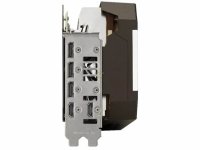 Interesting product, feels more like a publicity stunt to get people talking than a product that is likely to be hugely popular. Still cool to see a Noctua cooler on a GPU. Curious to see if it does the rounds with reviewers to see what temperatures are achievable.

Agree the brown and black doesn’t quite work. I have a Noctua redux CPU cooler with the grey fans, I’ve been really happy with it.

Only other thing, unlike a CPU cooler which usually lasts multiple CPU sockets, a GPU cooler is only good for the lifetime of the card. Makes it harder to justify the expense of a Noctua but then again it’s probably a small percentage of overall GPU cost.

Computer cooling technology is fascinating, but not my wheelhouse (this is my daughter's wheelhouse/language and her boyfriends though). What I do know, is my Alien Desktop computer has to breathe as it was very unhappy a week ago under my desk, even though it was not contained by any shelving and I had a hepa machine directed to it. I've since moved it out from under my desk and now I have to find another area where it's safer then where it's sitting right now. I had an Asus and lost it because of the heating issue. The room it was in got pretty hot in the winter, because I always kept the doors closed. I never realized it was over heating until it was too late.

On the brown, I don't know why they did that either....it does look a bit retro. Why not standard black?

@CosmicCruncher I look forward to those reviews too and good point about the cooler lasting only for the life of the card. Makes upgrading to a new card a win and lose situation when those unique features can't be replicated. I had this when upgrading from my Abit AN7 Ultra mobo waaay back in 2008. This had a couple of unique features, one of them being an external monitor and overclocking accessory that I bought for it. It can only be used with that range of motherboards and therefore has been totally useless ever since. Shame, as I do miss it. I've actually still got it, in mint condition and now back in its box as a collectors item, as is the mobo.

@Tiffany Yes, cooling is critical to computers. Every few weeks, check for dust buildup around the coolers and clean them out, as well as blocked ports in the case. These blockages cause a major lack of airflow and can kill components over time, even with the best coolers.