Clearly this guy is a fraudster, so how did he win anything?

For years Craig Wright has claimed that he is the mythical figure who created bitcoin. But a legal bid by the Australian computer scientist to defend his assertion that he is Satoshi Nakamoto resulted in a pyrrhic victory and a tarnished reputation on Monday.

A high court judge ruled Wright had given “deliberately false evidence” in a libel case and awarded him £1 in damages after he sued a blogger for alleging that his claim to be the elusive Nakamoto was fraudulent. 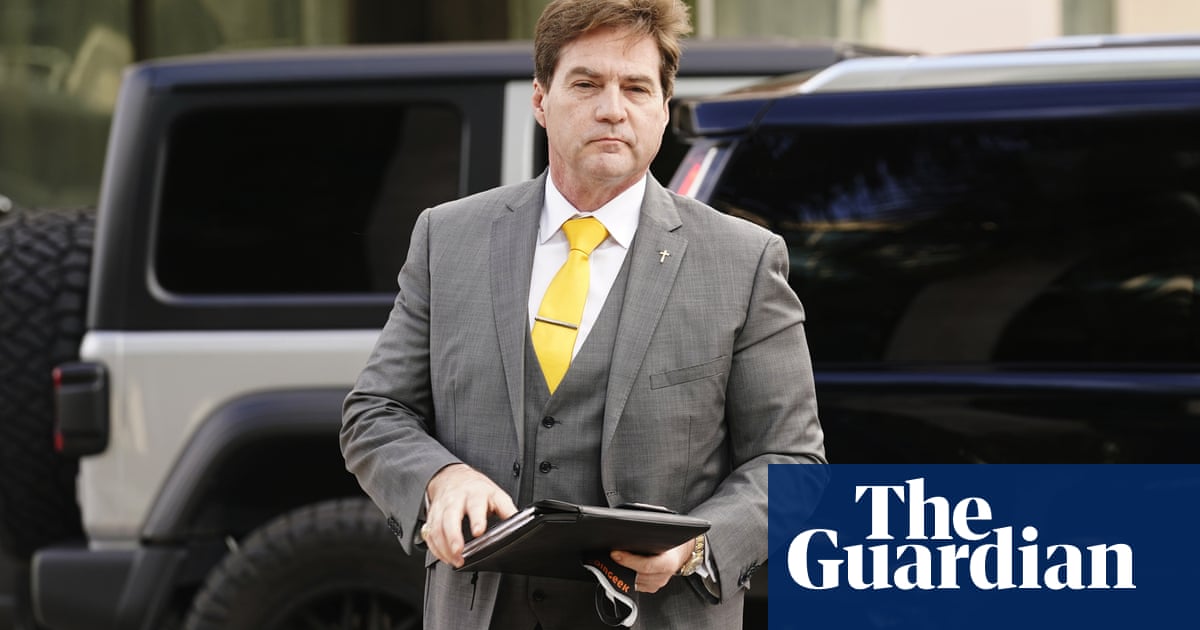 Because the legal definition of libel is complicated and this is almost more a win of a defamation case than a libel one.

Is he Nakamoto? Doubtful. If he were genuinely Nakamoto he would have been able to actually prove it. The lawsuit with Kleiman would have played out differently if Wright were able to demonstrate his claims like he said he was going to, but then retracted from so doing.

I guess it must be due to the law in some way, but the article doesn't make the logic clear. It could also be the judge not thinking straight. We see that often enough with overly lenient sentences.

And yeah, he would have been very quick to prove it. It's been obvious from the beginning that this is just another charlatan trying it on so I have zero respect for him and wish he'd have been nailed for lying. For all we know, the real man or woman who created Bitcoin is dead so we'll never know their identity.

The reporting isn't great, so let's see if we can unpack it.

The nuts and bolts of the case are thus:
* Nakamoto creates Bitcoin
* Nakamoto all but disappears
* Wright claims to be Nakamoto
* Wright claims to be able to prove he is Nakamoto but avoids doing so when the opportunity arose
* Wright is pushing an alternative version of Bitcoin invoking Nakamoto's name in so doing, BitcoinSV - this part will be clear later
* McCormack claims Wright is not Nakamoto
* McCormack produces a number of videos on the subject and describes Wright as a fraud (and later, a moron), and a lot of angry tweets on the nature of Wright not being Nakamoto and being very belligerent on the subject.
* The general consensus is that the tweets and videos together clearly indicate that 1) McCormack does not believe Wright is Nakamoto, 2) that any claims by Wright to have authored the original paper outlining Bitcoin are fraudulent and 3) that the new version of Bitcoin is simply trying woo investors by riding Bitcoin's coattails. (This is confirmed in the judgement.)
* During this state of play, Wright files a libel suit against McCormack for statements up to that point. In this original filing, McCormack pleads a defence of truth: what he is saying is not libel because it is factually true - that Wright is a fraudster, that he is not Nakamoto etc.
* This defence is later removed on the basis that were it to go to trial with that in motion, he would be looking at a much longer trial and he couldn't afford the legal bills of doing so. Thus, removing it would shorten the trial by not having to 'prove' that Wright is not Nakamoto. Proving a negative is hard, and therefore expensive.
* Wright amends the complaint, essentially turning it into claiming 1) he was accepted at a number of events to publish a paper on Bitcoin, 2) that a number of events cancelled on him after the videos and tweets, and that 3) Wright's standing in the cryptocurrency industry is 'severely damaged'
* Later on, Wright actually removes some of the claims about events being pulled when the actual events are contacted and details of withdrawal are asked for. There is evidence that he filed papers to some of them, sought unofficial invites etc. but very little documentary evidence of actually being invited anywhere.
* Wright claims at trial that he is autistic and finds it hard to lie.


The proof of the pudding is in what the judgement refers to as Publication 16.

There is a long, long video on YouTube that McCormack is part of and at one point in the discussion this is said:

“The reality is, is Bitcoin is king. Like, you can do what the fuck you want with BSV; it’s dead, it’s already dead. The market’s voted, it’s dead. If you’re going to put your time at it, it’s dead. The price is going to die; it’s -- the only thing keeping it afloat, is Calvin’s money; that’s literally it. Add to that, you are supporting a bunch of people who are liars, frauds and morons. Craig Wright is a fucking liar, and he’s a fraud; and he’s a moron; he is not Satoshi. He can come at me in the fucking UK, he can take me to Court; he can come with his -- his fucking billions of dollars; I don’t give a shit, come at me. Sue me, I don’t give a fuck; you’re still a liar, you’re still a fraud, and you’re still a moron.”
Click to expand...

This is potentially libellous but as we'll see it's more complicated than that.

When this first came up, McCormack asserted that his words had the following meaning:

the Claimant’s claim to be Satoshi Nakamoto (the pseudonymous person or one of the group of people who created bitcoin) was fraudulent, in that it was a lie, as demonstrated by his own failed promises to provide cryptographic proof of that claim.
Click to expand...

Now, this is actually pretty bold. This is McCormack saying 'Wright is a liar, Wright is a fraudster, he is not the founder of Bitcoin as demonstrated by him failing to follow his own promises that he would do so'. Legally... grey in many ways.

BUT. BUT... if it's true that Wright is a liar, is a fraudster etc. that's not libel. Libel is when it's not true. Legally, all Wright would have to do is prove he is Nakamoto and everything falls apart for McCormack. But Wright doesn't. Likely because he can't.

So instead, the plan seems to be to drag this to court and play it out hard enough that McCormack can't fund it, which is what happens. McCormack pulls the defence of truth claim, which means that's not a defence against the libel.

This then becomes 'well, it was said in the context of a much longer discussion in which others stated their belief that Wright is Nakamoto and it's just my opinion' (paraphrased). Still libel, but it's a harder claim to make that this is now directly hurting Wright's reputation.

Where this goes next, the judge outlines that in his view, publication 16 should be taken in the spirit that McCormack is expressing reasonable grounds for questioning the assertion that Wright is Nakamoto, as in it isn't hard proven that what Wright says is true here, and that McCormack has a valid argument in questioning this. This is ultimately 'I don't think you're telling the truth' vs 'I think you're lying'. Important differentiator from a legal standpoint, and it blunts the damage that can be done here.

There is some back and forth over what the statement that is publication 16 means in context and out of context; it's a much longer video and includes views from some of Wright's defenders too.

So we come back to McCormack said bad things about Wright and Wright threw his metaphorical toys out of the metaphorical pram. Since the question of 'is Wright actually Nakamoto' was excluded, legally it doesn't matter if he is or not. The question is simply 'did McCormack say bad things about Wright' - the judge concedes this was defamatory in a bid to reduce Wright's standing in the community, it can't not be.

And in response Wright is suing as far as I can tell because bad man said bad things and people didn't like what they were hearing. Is it defamatory? Kinda, yeah, but that's also kinda the point.

Ultimately, though, the judge's position is kinda awkward when it comes down to it. Wright's story wavers heavily about what he thought and what the reality was, e.g. claiming to be accepted for presenting but only being accepted for later publication. This is where the reporting talks about 'inadvertantly misleading'.

But the bottom line is that the tweets and videos... are damaging to Wright's reputation. The fact he doesn't choose to vindicate himself is legally irrelevant (in line with innocent until proven guilty), even if it would simply make all this go away in a heartbeat. The judge does note that the serious harm angle was not down to anything Wright himself actually put forward, let alone the misleading 'how many people saw this tweet' analytics which differs massively from McCormack's numbers.

The actual judgement makes the following observations:
* this does meet the legal barrier for serious harm, so damages are possible
* but McCormack was goaded into it so reduce the damages
* had the false case made it to trial, it would have been struck out entirely
* but Wright came clean (mostly) prior to trial
* and the 'I was defamed by opportunities being revoked' just became 'I was defamed by bad man saying bad things' (simplification)

Nuts and bolts:
** McCormack did say defamatory things
** Wright's reputation was harmed even if it wasn't harmed the way he says it was
* so we're still talking a case, we're still talking damages because there is a case to answer for
* but it's 'unconscionable' that there should be any more than nominal damages

In this case, the judgement is for the sum of £1. Which when you think about it is what the judge is saying that serious harm is worth: if your reputation is only worth £2 and it is reduced by 50%, you're only down to £1 but that's a pretty steep reduction in percentage terms.

I think the judge made the correct call legally even if logically and morally it's not that clear cut. I think McCormack was done a little dirty by the necessity of dropping the defence of truth claim, had this been able to go to court properly I think Wright would have had it utterly handed to him. He should be grateful the judge showed him a lot of leniency that didn't need to be shown, because the judge gave both sides a fair hearing.

Wow, that's a lot of twists and turns. So, the upshot looks like this verdict came about because both sides removed important evidence to support their cases, Wright's because he doesn't have any and in McCormack's case because he couldn't afford the legal fees. Real shame he had to do that as I'd have liked to see Wright lose and therefore shut up once and for all. But no, he's now going to appeal ffs.

Regarding proving a negative, it's indeed hard. So much so, that in its purest form, it's actually impossible so that's what the religious hide behind when it comes to their god's alleged existence and hence the basis for their whole religion, regardless of how ridiculous the claim. However, a reasonableness test can often be done to show that negative, including the lack of existence of their god.

The times when it's possible to prove it of course are things like video evidence where the accused says they were physically present somewhere to prop up their alibi, but the video recording proves they weren't. Unfortunately, in most cases of proving that negative it's nowhere near as clear cut as this, as we know.