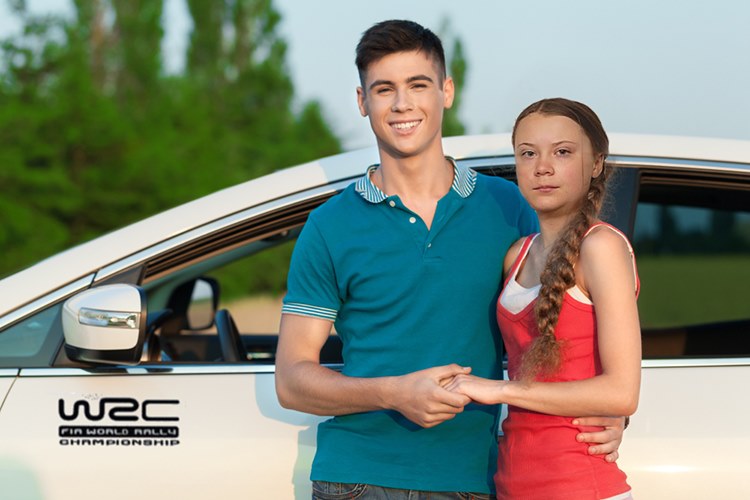 Oh, how awesome would this be if it were actually true? I mean, I think her activism has been heartfelt and reasonably effective (as such things ever can be in the face of the massive bribery and corruption from the fossil fuels industry). On the one hand, I'd be pretty disappointed if she threw it all away due to an attack of teenage hormones but, on the other hand... yeah, I'd be happy for her.

And more than a little bit surprised.

But seriously, for her to have such a high profile and go travelling everywhere to go on about climate change, there's some serious money behind her activism. All we ever see is just her with a microphone and a message which is what they want us to see, but there's obviously more to it than that. I'd really like to know where it's coming from, as that can give you an idea of the true agenda. Could she be being used as a puppet for some large organisation, for example?

I'm not saying that she's not sincere and denying man made climate change, which is most certainly happening, but there's nearly always a self interest angle to these things and I'd like to know what.

Retro said:
I'm not saying that she's not sincere and denying man made climate change, which is most certainly happening, but there's nearly always a self interest angle to these things and I'd like to know what.
Click to expand...

One one hand there is the continuing churn of carbon that makes trillions of dollars for hundreds of businesses, most of whom have serious political clout. These summon mental images of cynical old men, sat upon mountains of money.

On the other hand you have the growing green dollars, best symbolised by companies like Tesla, with growing levels of influence and a lot of momentum. They are also amassing money mountains. Ultimately whilst the power sits with relatively few people, atop powerful private and publicly owned businesses, the future of the environment will always hang in the balance. Greta is separate from this because she is young, female and most likely genuinely motivated by a desire to preserve our fragile world. You only have to read what vitriol has been spewed about her by the old rich men, to start gauging how much of a threat she is to them.

McDonald's dare to put up price of cheeseburger!!

T
Greenland and an abandoned US airbase