Let's hope our Boris loses it. He hopes to come back as PM next year, so losing it would mean he's no longer an MP and hence would be impossible for him to become PM again. Good riddance to bad rubbish.

Boris Johnson could face a by-election to remain as an MP if he is found to have misled Parliament over parties in Downing Street during lockdown.

The outgoing prime minister is facing a parliamentary inquiry over what he told MPs about the events.

If it rules against him and he is suspended from the Commons for 10 days he could face a recall petition.

This means voters in his Uxbridge and South Ruislip constituency could force a by-election for the seat.
Click to expand... 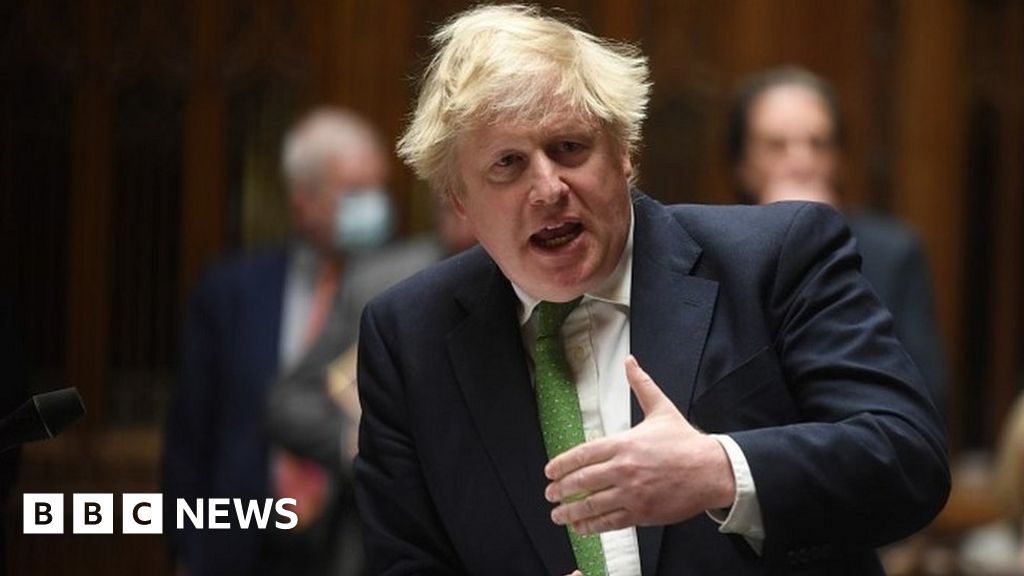 Partygate: Boris Johnson may face by-election if found to have misled MPs

He’s been their MP for 20 years, if anyone had the measure of him as a buffoon it'd be them. My expectation is that the committee will find against him, there will be a by-election and he’ll win with a narrow majority.

Apparently he’s said to some that he expects to be back as PM in a year or so‘s time once whichever of Truss or Sunak screws up.

Oh look, more proof that it's one rule for Johnson and another for the rest of us - even his own ministers! So glad he's out and these revelations are likely to prevent him from every coming back, like he wants to.

Anger over the Partygate scandal has been reignited after Scotland Yard confirmed that it did not send questionnaires to Boris Johnson before deciding against fining him for attending two Downing Street lockdown gatherings.

Fines were issued to other attenders at the gatherings in 2020, including one at No 10 on 13 November, where the prime minister gave a leaving speech for his departing director of communications, Lee Cain, and another in the Cabinet Office on 17 December.
Downing Street has previously briefed that Johnson did not receive police questionnaires relating to some lockdown events. But the revelation on Monday is thought to be the first time the Metropolitan police has admitted this, under details released as part of a legal challenge.
Click to expand... 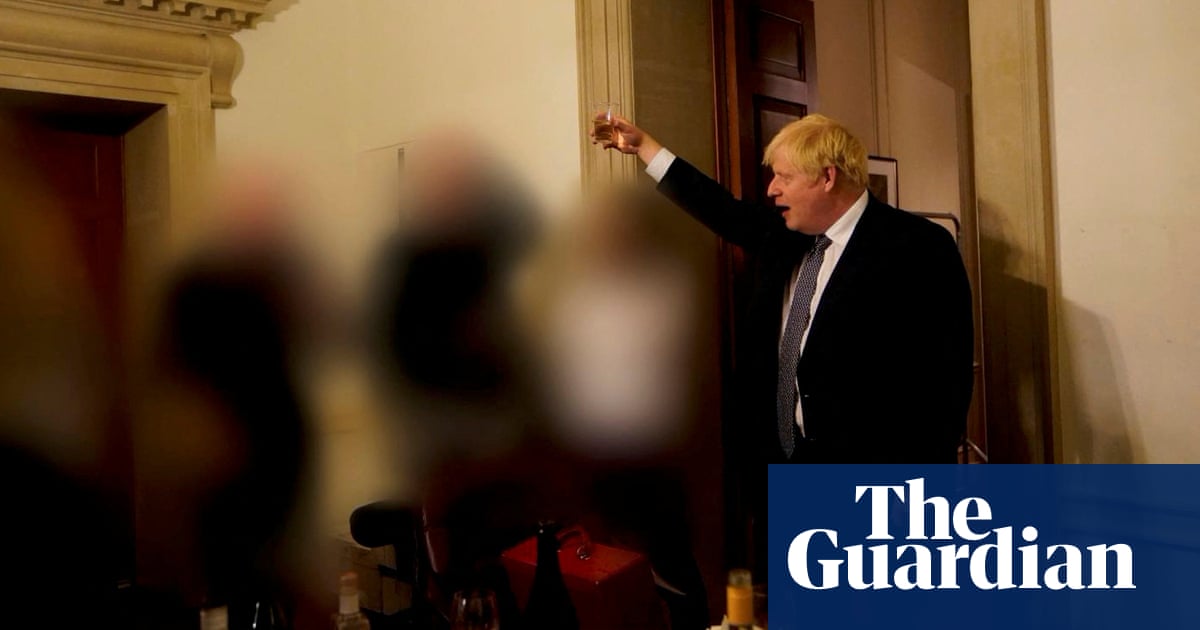 And yet, I understand there is a petition inside the Tory party itself, led by a Tory MP, signed by 10,000 party members to have Johnson’s name on the voting papers for party leader…

I know, unbelievable. It was at "only" 7000 votes when I read about it a couple of days ago, too.

I remember thinking that giving Johnson this time might give him a way to stay somehow and I'll bet that was his calculation, too. It would be a travesty if that happens.

Here's more detail on that motion tabled by Starmer back in April and why it's so dangerous to Johnson. I can't wait for him to be pushed out of politics, but don't count this lying charlatan out yet.

Here's the main part of it, but the article has a lot more detail. I think it's ironic that it's the torygraph tory mouthpiece that's reporting this. I also don't understand how the tory party allowed this motion through unopposed. Explanation on the usual postcard please.

Unless Boris Johnson’s staunchest allies can mount a successful rearguard action, the Prime Minister could soon find himself not only out of Downing Street but also out of Parliament.

The danger signs were there in April when Sir Keir Starmer, one of the sharpest legal brains in the Commons, tabled his motion asking the privileges committee to investigate whether Mr Johnson had committed a “contempt of the House”.

It contained no mention of the word “deliberate”, and Number 10 should perhaps have sensed that a trap was being set. But the Prime Minister was on an official visit to India, meeting his opposite number Narendra Modi, and the Labour motion went through unopposed.

When the committee published an update to the Commons in July, it produced legal advice noting that the words “knowingly” and “deliberately” were “not in the motion”, and therefore it did not have to prove either.
Click to expand... 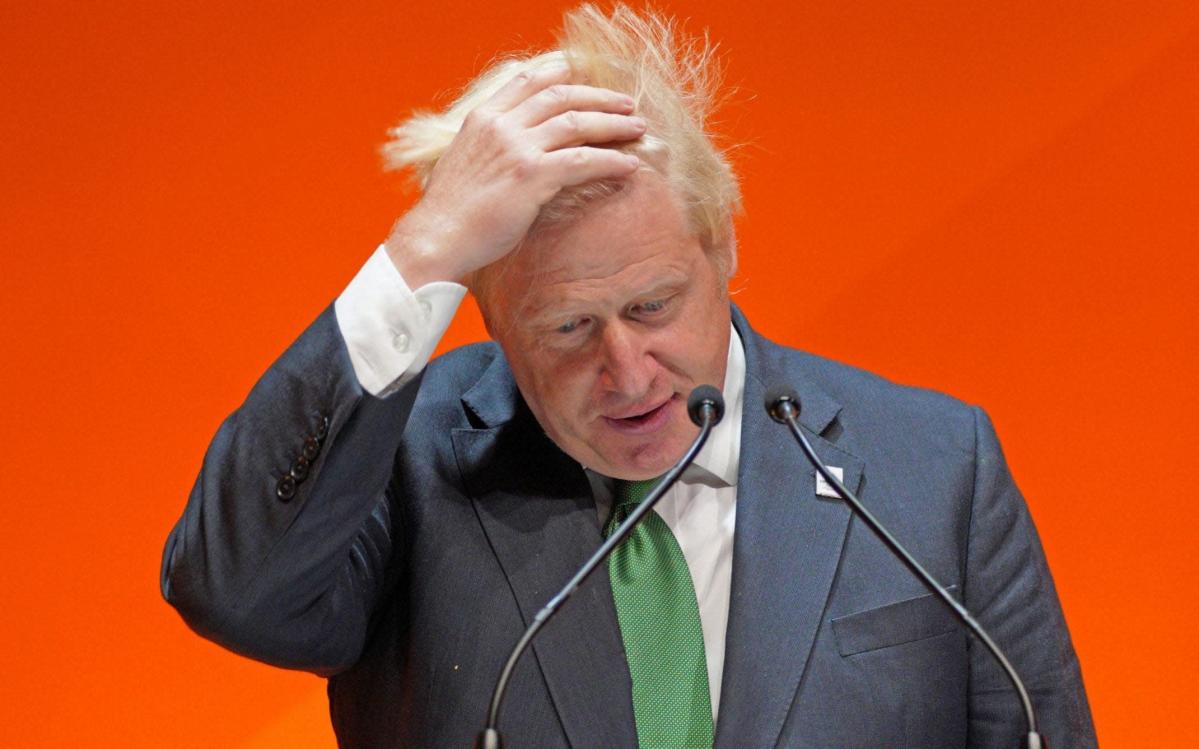 Unless Boris Johnson’s staunchest allies can mount a successful rearguard action, the Prime Minister could soon find himself not only out of Downing Street but also out of Parliament.

Yes, I remember reading about that. It's the one politically shrewd thing that Labour has done.

It remains to be seen if this will prove fruitful. But I will happily cheer if Boris is ousted properly.

Also how did the Tory party let it through unopposed? That's an easy answer, the people making the decisions don't have the technical savvy to understand the ramifications of what they're voting on, promising or otherwise - and they're only thinking about the next vote, the next event, the next thing. And of course, let us not forget the fact that the finest legal minds that are being fielded by the Blue Team right now are... questionable. Any of the recent witterings published by Braverman have demonstrated that most adequately.

This appealing to both sides is what did Corbyn in if I remember correctly, so I don't think it's such a clever strategy for Starmer to take and certainly pisses me off, for one. Polls show that the country is more pro EU than against, so I don't understand why there's still so much pandering to brexit.


Arantor said:
But I will happily cheer if Boris is ousted properly.
Click to expand...


Arantor said:
Also how did the Tory party let it through unopposed?...
Click to expand...

Perhaps, I dunno. There's a lot of them so you'd think someone would notice and you'd think that they wouldn't generally be in favour of an investigation into their cult icon, would you? Let's just hope that the tories have scored a big own goal here.

And on a related note, of course, the tories should be pushed out of power for all the abuses that they've done and continue to do. Rampant corruption, in other words. Thing is, how much better are Labour gonna be? I suspect not hugely, unfortunately, but better nonetheless. However, any party that gets into power must know that they'll be out of power if they pull stunts like these, hence even if the two sides were equally bad, the one in power should still be voted out as it will teach the incoming one that they must behave better or they'll be chucked out too.

And as far as who should be the next tory leader, here's my take on it.

They're both awful and will commit abuses. We're choosing between two terrible tory options here, so it's a case of who will be less bad.

To me, Sunak looks like the better candidate, perhaps less corruption and will make wiser policy decisions overall. However, he might be a real challenger to Starmer at the general election and we don't want that.

Truss is kinda like Johnson so will say anything to make her sound more appealing to the tory voters, regardless of how ridiculus it sounds. She's therefore more likely the clusterfuck candidate who will hurt the country more. However, she should therefore be a lot easier to defeat in a GE, hence, I'm hoping that she wins and by all accounts it's looking that way.

And there's another reason that I think she'll win which has nothing to do with policies and all to do with racism: she's white and he's Asian. Could be as simple as that and I'm still pretty sure that the tories and their voters are inherently more racist than people more at the centre of politics and the left. This of course, is not the basis on which to select a candidate, but I think it might be the case here.

Part of the reason I think that racism could be at the heart of it, is that Sunak comes across very smoothly and has an affable manner that would tend to make people like him, hence I'd have thought that would have been a clear advantage, making him dangerous against Labour. But if one were to chuck racism into the mix, then he's got no chance, regardless of what he's like and hence Truss is way out in front. And that's pretty ugly.
Share:
Facebook Twitter Reddit Pinterest Tumblr WhatsApp Email Share Link
Top Bottom