So I've been playing with Midjourney. It's an "AI" such as we can call it (it's artificial, I'm not convinced about intelligent!) but it's certainly neat for making images.

What happened was, we've been playing around with AI apps just messing about with avatars and I happened to mention Midjourney to my wife. She suggested a prompt for it based on half-remembering the plot of one of my video game ideas, and I plugged it in and, well, the reaction was 'I want this, as a game, as a book, WANT'. 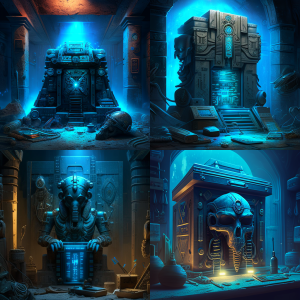 We've both made a few hundred images by now, tweaking, experimenting... is the tech ready for prime time use? No, it's not Star Trek, it doesn't get it magically right, and *often* gets it hilariously and spectacularly wrong, but as a source of imagination and ideation, it's amazing.

This is the first I've been *excited* about any of this AI nonsense, because it's genuinely doing something *interesting*. It's not going to replace artists in 5 years, no matter what the hypesters say, but as a free-flow imagination tool... it's something interesting.

If you'd like to try Midjourney, it's available here.

An independent research lab exploring new mediums of thought and expanding the imaginative powers of the human species.

Wow!! That is totally amazing! I can see why you are excited about the results. What a great imagination tool for artistry! I'm going to have to explore this soon!

Arantor said:
and *often* gets it hilariously and spectacularly wrong
Click to expand...

If you have any examples of such images, please do share! 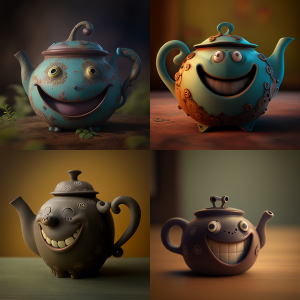 The prompt: Anthony Stewart Head as a 40-year-old professor with glasses in a tweed suit holding a time-turner, scrolls, ancient tomes, old books, sextant, astrolabe, magic, photorealism, modern fantasy, cogs and tools on a desk, and a barn owl on a perch 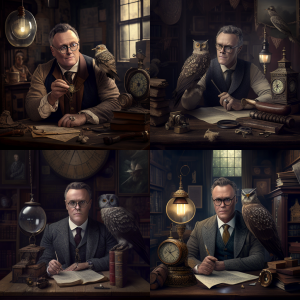 I'm kind of excited for GPT3 Midjourney. The AI usually doesnt get moods right, but is great for geeky sci fi and fantasy. I imagine the tech would bring back steampunk eventually.

MidJourney is quite capable of doing steampunk. Sometimes without even intentionally doing so.

See the top right of this one. 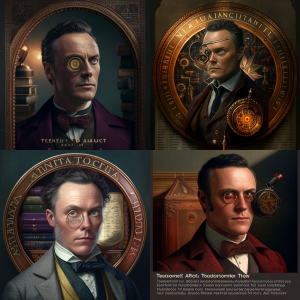 The prompt for this one:

Or perhaps this one, bottom right in particular. 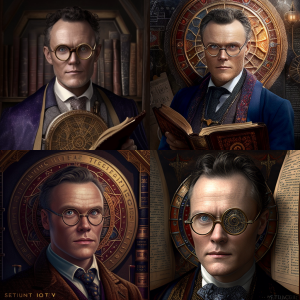 Similar prompt with a few tweaks.

You know, that CGI guy looks a bit like this actor. Gloriously creepy, huh? 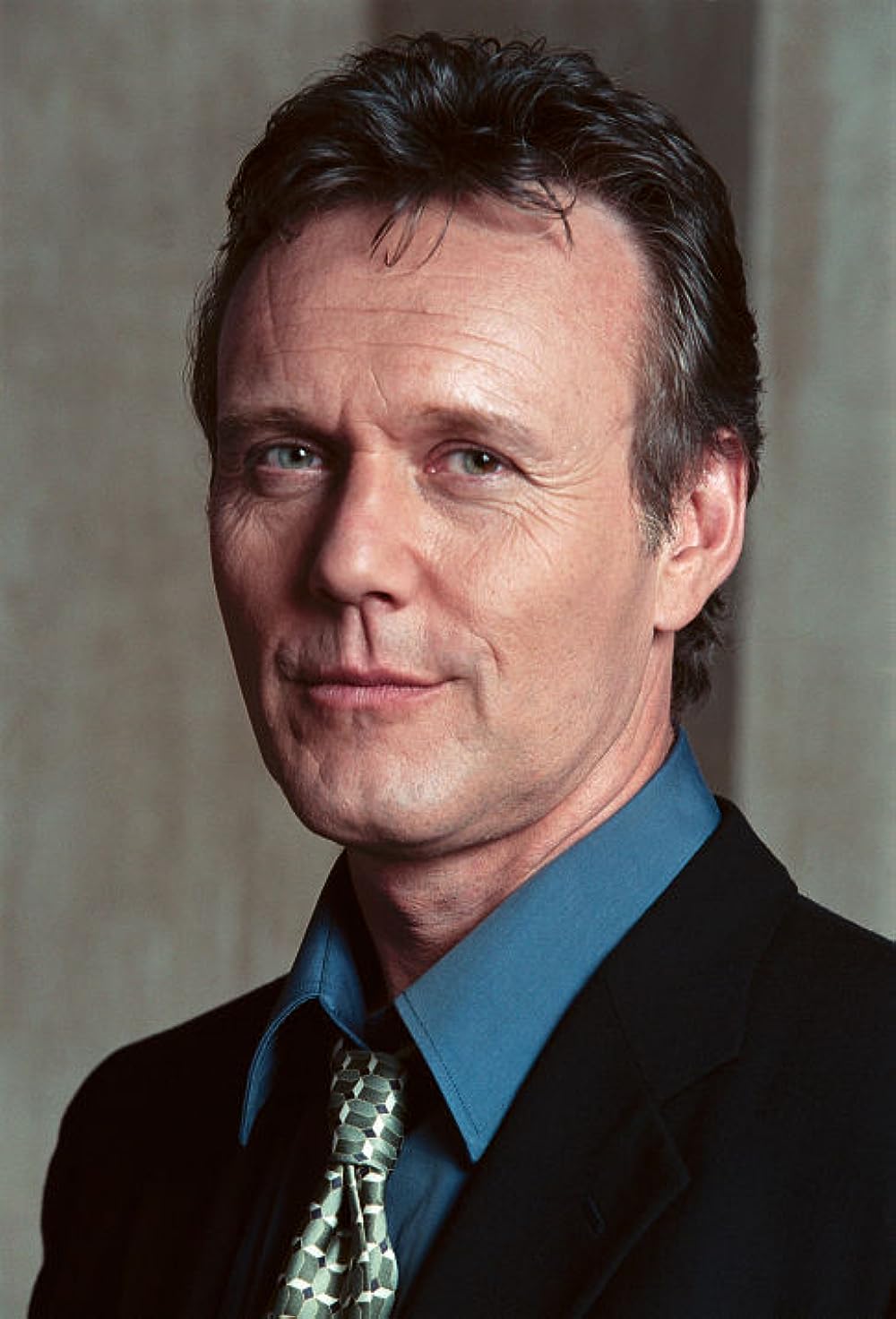 Retro said:
You know, that CGI guy looks a bit like this actor. Gloriously creepy, huh?
Click to expand...

The prompt explicitly listed the actor as part of the basis for the image generation. The fact it includes it is Midjourney getting it right.

I shared this website with my daughter. She does Gary's Mod, which is not necessarily the same as Midjourney with exception of bringing on some creative brain power to produce a result.

Bump: I've added a link to Midjourney in the first post if anyone would like to try it. Looks interesting and I'm thinking of trying it myself.

1. Midjourney gives you some free renders - exactly how many will depend on what you ask it to, because you get an amount of compute time and images are not all created equal. Beyond that you will need to pay, plans start from $10/month (monthly, there's a discount for yearly)

2. You interact with it via Discord. As far as I can tell this is not negotiable. Trying to interact with it via the official Midjourney Discord server is a level of nightmare I chose not to deal with because you get dumped into the newbie channels, and the newbie channels move so fast that 20-30 people will have spammed the channel in the time between you asking for Midjourney to do something, and it coming back with a response. In any case, if you're willing to throw $10 into the mix, you can DM the Midjourney bot and just interact that way, or you can drag it into a server of your choosing, but you can only interact with the bot if you have a paid account.

3. Signing up is a weird nightmare process that involves signing into the website, authenticating it with Discord, and then... convincing the Discord bot to show you the T&Cs so that you can accept them. I found it dumped me in 3 different newbie channels, trying to do anything just failed with 'could not contact bot' in the first two, but then I tried the third and it gave me the T&Cs prompt before doing anything. It's... not the nicest introduction. But once you're *in*, it's trivial to either use it from a server or DMs, you just type:


Code:
There are some extra commands and options you can pass in, but the #prompt-chat channel on the official Discord server is the place to see that and ask about it, as well as the #prompt-faqs channel for reading up on what you can do.

4. To get really good results takes time and practice. You don't want to know how many goes my wife and I had at trying to render our roleplay characters - but between us it's now in the hundreds.

5. Any images you make are theoretically publicly visible.

Well, once you get past the hurdle of getting in, it's a fun thing to play with. But you have to get in first - being fluent in Discord helps.

But there's no shortage of people who, uh, didn't get the mental health warning. There are plenty of discussions on the philosophical side of AI (which have a lot of... um... very strange ethical positions), plenty of discussions about how tools like Midjourney will completely replace artists within 5 years (hahahahahhahahha) and a surprising amount of silence about the very real problems that tools like MJ have right now.

The biggest one that the advocates fail to understand is ironically exactly that: Midjourney and friends don't _understand_ anything. There's no context. At best there is the appearance of context. The amount of discussions about how twitchy the NSFW filter is alone demonstrates that right now, but so many of the people are in there trying to be super specific about what it should produce - and they have no way of communicating it to a machine that doesn't understand or care.

Once you can get to the point of it understanding what you type and reliably turning in artwork to match, then we'll talk about replacing artists - but so many people *just don't get it*, as per all the 'I just want x out of it' where x is a super specific thing that can't possibly be realised with current generation technology.

I find myself horrific at getting my prompts to be up to standard. But the tool is simply amazing!

If you've got any example pictures I'd love to see them. 🙂

Not sure what it is for, but just made this guy. 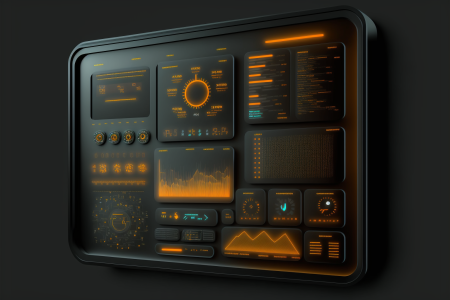 I kept trying to use AI Images for my sites (to save on stock image costs), but so far it has not been a success by any means. I don't think I am very good at prompting them.

That’s the thing, it has no comprehension yet so the more you try to steer it, the less likely you’ll get what you want (for now).

Arantor said:
That’s the thing, it has no comprehension yet so the more you try to steer it, the less likely you’ll get what you want (for now).
Click to expand...

I'm hoping for 3d engines with AIs, because then we will actually get proper perspective and use of objects in scenes. I've noticed that the AI is really minimalist, all the time.

I think it will take quantum computers to create true artificial intelligence. The rise of Skynet and the terminators, anyone?

The time travel bit might be a bit tricky though.