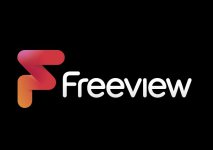 Freeview is the UK's* terrestrial broadcasting format and regarded in some circles as the "poor man's TV", for those who can't afford a subsciption TV service like Sky or Virgin.

Well, just to make it even worse, the official website for Freeview has posted an announcement that the few good / better channels on there are either disappearing altogether, or losing the high def (HD) versions. For example, BBC News HD, which is actually worth watching, has gone blurfest Standard Def and basically become unwatchable from now. Note that Sky News was always in SD (HD on Sky and Virgin). This is all to make way for new 5G services, with this change having started yesterday and completing today. TVs and DVRs will have to be retuned, for that extra bit of inconvenience. 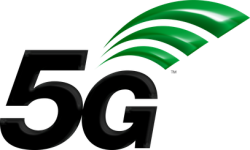 But, there is actually increased coverage of some other channels however, such as BBC4, that nobody watches, not even those on Freeview, so viewers have that to look forward to.

And just in case anyone thinks that this is a satire post, this change is unfortunately very real. Full details at the link below.

I have Sky so not affected by this, but I still think it sucks and don't think it's fair on people.

Channel Changes and closures on Freeview on 29th & 30th June

On 29th & 30th June 2022 there are changes being made to the way some channels are currently broadcast.

I'm sure this is very disappointing and frustrating for those affected by this change. I met a friend today (friends for nearly 30 years) and we talked about all that has changed in just a few years, not like anything we have seen in our lifetime.

There's a lot of great content on BBC4 and it will be a shame if/when that goes online-only. However it's like Radio 4, you either like it or you don't!

I'm a Freeview user, more so now in these cash-strapped times. It's a pity there's a stigma attached to it, I sense this in my social circle when discussion is about various sporting events, none of which are shown on Freeview. It's like, what do you mean you don't have Sky?

I never understood the stigma of Freeview or Freesat, because Sky has never been the be-all and end-all for me. You get *more* channels, not better channels for the most part, and even the movie channels were never really worth it from what I ever saw. I get the appeal of sports though, and with all the money Sky can throw at it, they can keep it hostage

Why is it that the encroaching corporatisation of the world is just making everything worse?

It looks to me like it's all about money and the limited frequency ranges available causing these reductions on Freeview service. I can't believe that they've removed BBC News HD in particular. Yes, it takes rather more bandwidth than SD, but I'm sure they could have shifted things around with other channels and / or frequncies to retain ti.

The stigma is there, unjustified as it is, as it makes people with reassuringly expensive Sky & Virgin subs feel superior, because they feel like they're in an exclusive club where all the good stuff is. Pretty purile, really, but I guess it helps those companies retain their subscribers to some degree. The other side of that coin is that subscribers waste so much of their lives watching loads of crap instead of doing something useful. That never happens to me, no of course not... A TV sub is a bit like candy for the mind, really tasty and goes down easy, but not good for you in large amounts.

As far as the content, yes it's more, overwhelmingly more that sometimes needs to be filtered down and I never feel that I can quite catch up with it.

It's true that there's a lot of dross out there, but subscribers only tend to watch a small subset of the channels available and those channels have content that they want to watch that isn't available anywhere else, making the sub worth paying - if they've negotiated a decent discount that is.

The bit that gets me, is how many companies are now creating their own apps and moving the content that used to be included in a Sky sub onto their platform, such as Disney+. This means it would now cost me an extra £8 / month to access that same content via their app on the Sky Q box. Err, no thanks, I'll do without. Similar with Paramount+ except that this time it came to the Sky Q platform free of charge last month, so I can't complain. I also, don't like the way that these apps work in their own way, like they would on a PC or smartphone rather than integrating into the functionality of the Sky Q box. It literally switches into the app, which takes over the whole operating environment of the DVR, but that's a rant for another thread.

About those discounts, my 18 month contract was coming to an end a few months ago, so I called Sky and asked them for another contract deal at the same price, but the rep couldn't do it (no options on his computer) knocked something pathetic like a fiver off the £100 sub on a new contract. What a joke. So, I cancelled the service, all of it, no way was I getting stiffed for that. Within two weeks, their retentions department had called up and negotiated a great deal for me, at a similar price to before. The way I see it, the "deal" price is really the normal price one should pay with the much higher renewal price simply something Sky will try to get away with if they can. Similar to car insurance renewals, really. One must remain on their toes.

Disney+, Paramount+, Apple TV+, Discovery+, they all love their pluses don't they?

[UPDATED] Nuclear power is the way to go, no ifs, buts or maybes