Tell us how you chose your username!

This is a just for fun thread, so there's no requirement to disclose anything if you don't want to. Also, this is a public area, so please don't put anything too personal or identifying. 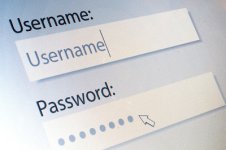 Forum usernames are often quite inventive and interesting, so it can be hard to see how the member decided on it, which makes me quite curious and perhaps for others too. Therefore, if you don't mind, please tell us a bit about how you came to pick that username for this forum. You can also tell us about usernames that you've used on other forums too, if you like.

In my case, I chose Retro and the reason is quite simple: our club and hence this forum are all about retro computers of all kinds from mainly the 70s / 80s / 90s era, so Retro fits perfectly with this. On top of that, this username is short and catchy which I prefer, so that helped me to select it. Unsurprisingly, it was also the first username that came to mind.

Now tell us how you came to choose yours!

I chose CosmicCruncher because it's the name of a Commodore VIC-20 Pacman clone which I rather like. Also if you really squint at my avatar at the time of posting you can see a screenshot of the game in the background 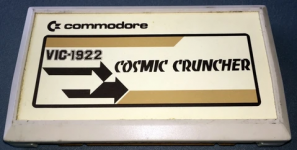 I've been using HEXdidn't... for so long, any story behind its origin I might offer is probably apocryphal. Easy enough to explain how I came up with the logo, but the name just sort of happened.

The usual story I tell is as follows:

When I first started putting BASIC demos together on the SAM Coupé (early 1990s), I figured I needed a snazzy name, like all those cool demo coders I idolised. My original pick was "1-9-9-2", being a reference to the date I first admitted that I actually enjoyed programming in BASIC (1st September '92), and I like the idea of it sounding almost like a serial number. Around that time, I was in contact with a guy who wanted to create games - initially for the SAM, but later for the Amiga - and he thought "1-9-9-2" was a daft name and that I should come up with a better one. Now I come to think of it, I don't even remember how we came into contact with each other... He lived in Cheltenham, and we only ever met once, at an Amiga show in Hammersmith.

At work, during downtime, I've always had a tendency to experiment with software because I've always been averse to reading manuals, and prefer to figure out what it can do my own way. Also, being a bit of a font nerd, I liked playing about with fonts. While larking about with one newly-acquired font in Illustrator, I accidentally created the "HEX" part of the logo, and decided it should form part of my new name. The "didn't..." part was an exercise in mixing serif and sanserif elements of two different fonts using characters where such a mix isn't immediately obvious. Putting them together created HEXdidn't..., which sounded cool, so initially the 'brand' in full was HEXdidn't... - 1-9-9-2 Graphic Design.

When I next spoke to the programmer, he announced that his chosen 'handle' was going to be Hex, in reference to hexadecimal, which had been used for 'easy' input of machine code in a lot of type-in game listings from the magazines. I don't think he was using hexadecimal himself, but he thought it sounded cool.

So, naturally, when I said my handle was going to be HEXdidn't... he replied "you can't call yourself that... I'm calling myself Hex..."

Needless to say, I didn't budge (read: couldn't be bothered trying to come up with another new name) and HEXdidn't... stuck. In a way, it even made sense in the partnership: Hex did the code, HEXdidn't... did what Hex... didn't... It wasn't intentional, and I could just as easily say it was a reference to the fact that Hex didn't actually finish any of his projects. Even when he got another coder involved and restyled himself the ideas man of the group.

The name outlasted my collaborations with that programmer and quickly became the brand/username for almost all of my online activities. It's been the name of my website for over 20 years now, though I used to strive to come up with a new 'visual identity' for the homepage every year or so, particularly if I'd learned a neat new HTML trick, or if inspired by some item of artwork I'd seen in the office or in a videogame (2003's, for example, was based on the Street Fighter Alpha/Zero 3 logo). Not much has changed with the basic "HEXdidn't..." logo, but I have tried to formalise the magenta colour of the "HEX" part and finally fixed the terrible kerning in the "didn't..." part a few years ago.

I chose mine to help me remember my real name as I gradually succumb to senility.

What's in a name?

How Well Can You Hear Audio Quality?