The House of Commons, UK

The more I watch, the more I find myself... baffled but amused in a twisted way.

Like the recent exchange between Keir Starmer and Nadine Dorries where she calls him graceless. Yet... there's happily circulated video of her in the chamber sat next to Spaffer Johnson (who looks every bit the naughty schoolboy who's been told off), where she's clearly shouting "You're boring!" at Starmer. Graceless much?

I've been admiring the work of John Crace and Marina Hyde - the satire columnists for the Guardian - over the last couple of years if nothing else than because somehow they manage to find the funny side of all this. We're in a time and a place where no matter how much more absurd you'd think it could get, it gets *worse*. It's like these people watched Yes, Prime Minister, then The Thick of It, and finally and especially, Alan B'Stard: The New Statesman and then went 'right, hold my beer'. And these were shows that, of their era, were considered somewhat counter-cultural and 'out there' for satirising the work of politicians. B'Stard in particular was what the late 1980s thought was too outlandish for their era of Tories.

Honestly if Thatcher were alive today - whatever your stance on her, personally, policy-wise or generally politically - she'd be wiping the floor with this shower of shit. It's like you almost have to wonder if this is some ploy to fix the energy crisis; to offend the party sensibilities and to be so shameless that Thatcher's embarrassment will lead her to spin in her grave so hard it's a new energy supply powered by beyond-the-mortal-coil fury.

And today was Boris's last showing in Prime Minister's Questions, whereupon he got to refer to the leader of the opposition as a pointless human bollard, before getting a standing ovation from all the Tories for his... wonderful service? I was, however, gratified to note that Theresa May was not standing for the most part (and when she did, it was clear she was doing it because it was expected, not because she agreed with it) and pointedly refused to clap.

They're basically stroppy children - who happen to just run the country...

Arantor, if it was possible to double Like* your post, I would. I especially commend you for this line:


Arantor said:
she'd be wiping the floor with this shower of shit.
Click to expand...

Well said. Heck, they're even worse than that.

I've recorded our Boris's last PMQs, but have yet to watch it, but will do so with relish. Check out Phil Moorhouse's video on it below, it's a glory to behold.

I now actually dare to hope that this shower of shit will indeed get voted out at the next general election after all the scandals and damage that they've done to this country and will keep doing. I mean seriously, the sleaze that they lost the election for in 1997 is nothing compared to this.


I remember seeing lots of criticism of The Guardian as being a sad leftie paper etc for years, so I looked for myself and lo and behold what a refreshing change from the garbage tabloids! They sound similar to the Independent, but without the awful battery sucking advertising website (seriously, my iPhone and iPad get hot rendering that garbage) that covers everything over with popups and puts a lot of the articles behind a paywall. Hence, I look at The Guardian, but no longer the Independend, even though I generally agree with their views. The ads are still annoying though on the mobiles, ad blocker on desktop Firefox. I also read the BBC's news, being mindful that they can be biased sometimes, but generally seem ok to me.

So, we're into the final two, Sunak or Truss, but I'm not sure who I want to win.

Superwealthy (billionnaire?) Sunak I'm sure is more corrupt than Truss so would likely help Labour to get elected with the ensuing scandals, but might do more damage than Truss, who is, after all, an ex Remainer and Lib Dem member, two much better qualities than he's got. Whether that will help any remains to be seen of course, especially if she loses. She's the favourite though, I believe.

Who would you prefer to win?

I'm just so glad that Johnson is finally going. I just hope he doesn't sabotage things too much before he finally fucks off in September.

*Doing that would just unlike it again, sigh.

If Dominic Cummings doesn't like her, then I do.* Anything that pisses this guy off has to be good. I love the fact that Penny Mordaunt from the ERG must be fuming, lol. 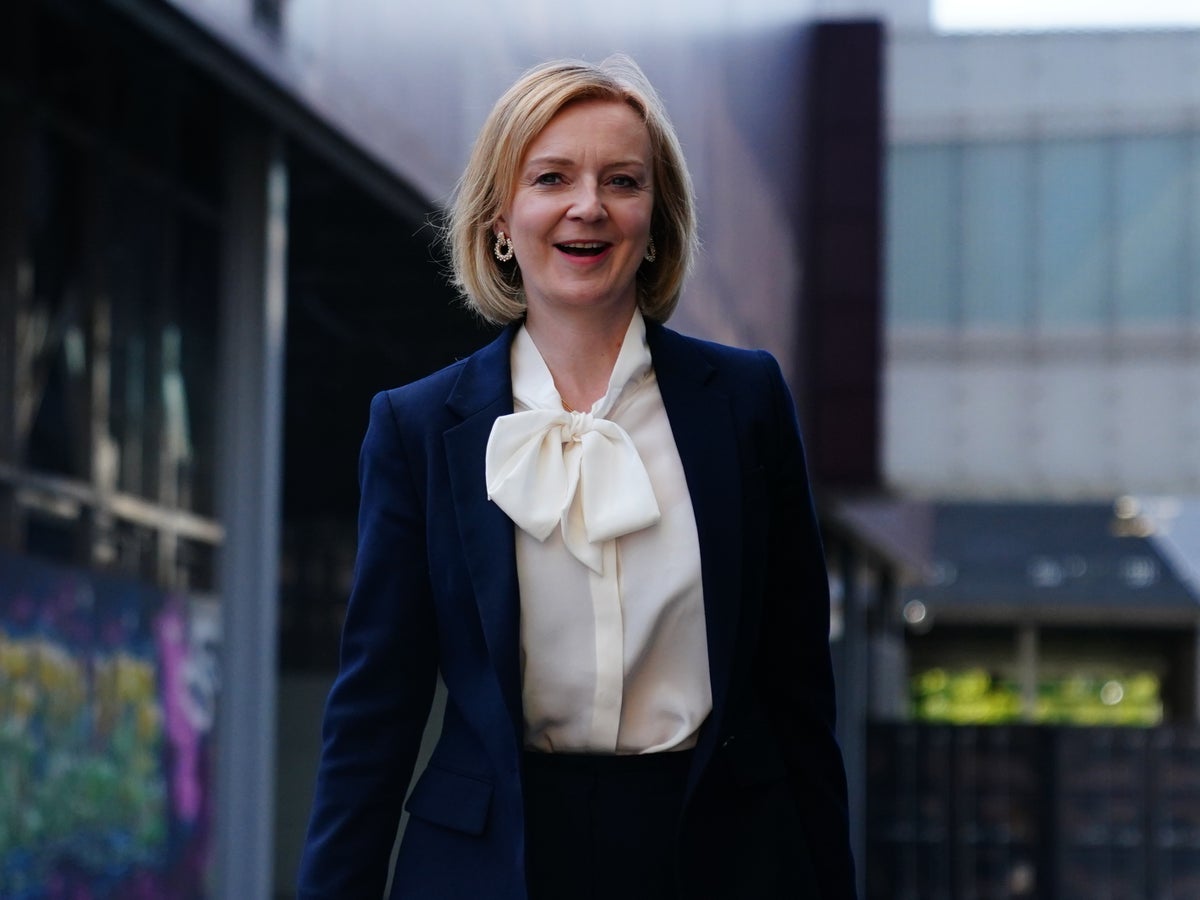 *Relatively speaking. Let's not get ahead of ourselves here, she's still a tory and professes her undying love for this stinking brexit.

What I’d prefer is a general election once the Tories have picked a leader. They won’t call one because they know their 80 majority would disappear if they did. (Would they still have a majority? Who knows?)

Sunak can be trusted to do what is right for Sunak, his wife, her business interests, his business interests, and those of his equally-or-more wealthy mates. The rest of us will be left to figure it out for ourselves and probably pay for it. (Don’t get me wrong, I’m perfectly happy to pay my share of taxes for socialised benefits. I do not approve paying for people earning significantly more than me to benefit.)

Truss on the other hand is a complete wildcard. Her personal politics lean way more into the LibDem sort of territory, she ardently campaigned as a Remainer in 2016 but yet is a credited author of Brittania Unchained. (Unhinged, more like.) So she is definitely somewhat opportunistic and prepared to compromise some of her principles in the name of her own advancement.

As a politician that’s a useful skill to have to be a sort of deal maker but I don’t particularly credit her with the nous to be a *good* deal maker. There are certainly suggestions that she is madder than a box of frogs (though far less than Nadine Dorries), and some cynical views that she is the candidate to back on the basis of getting in and screwing everything up so hard Boris can have a Triumphant Return.

I think Sunak is the better operator, I think Truss is less despicable as a candidate, I don’t want either of them but if those are my choices, I’d rather have the not-Sunak option because at least that way I stand a chance at not seeing everything sold off at the lowest price to American investors.

It gets better. Rishi’s latest marketing stunt is a goodie bag for journalists.

A 150ml can of Sprite, a single Twix finger bar, a “Ready for Rishi” branded SPF30 sunscreen and a witty note saying that “we don’t want people going red”.

Twix is, of course trending on Twitter with this:

And on that Twitter post, I can't get over the single Twix bar. I mean, the standard choccy comes in two bars, yet our poor, hard-up, billionnaire Rishi can't afford the second one. For shame. What a tight wad.

I think either of them will help to finally get the tories out of power at the next GE, with trussed up Truss doing a better job of it, than our smooth talking, affable, Rishi.

I'm really pleased to see that she's leading him by a commanding margin! He must be feeling really pissed off to have so easily seen off the other candidates, only to be pipped to it by the tory faithful with the opposition. Couldn't happen to a nicer guy. 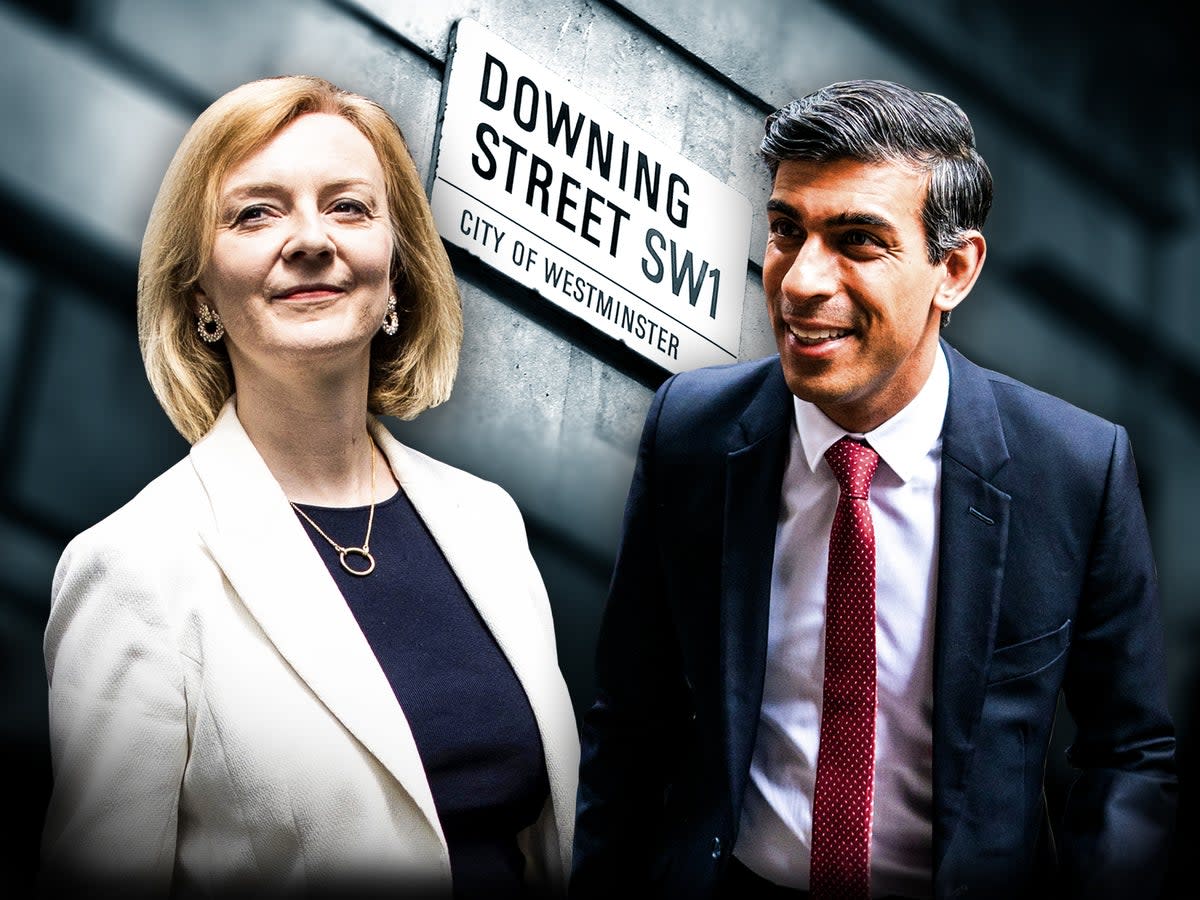 Retro said:
I mean, the standard choccy comes in two bars, yet our poor, hard-up, billionnaire Rishi can't afford the second one. For shame. What a tight wad.
Click to expand...

Combined with the 150ml half-a-can of Sprite. You couldn't make it up.

Yes, quite. I missed that.