For anyone who has an interest in sci-fi, I can suggest no better series than Babylon 5. 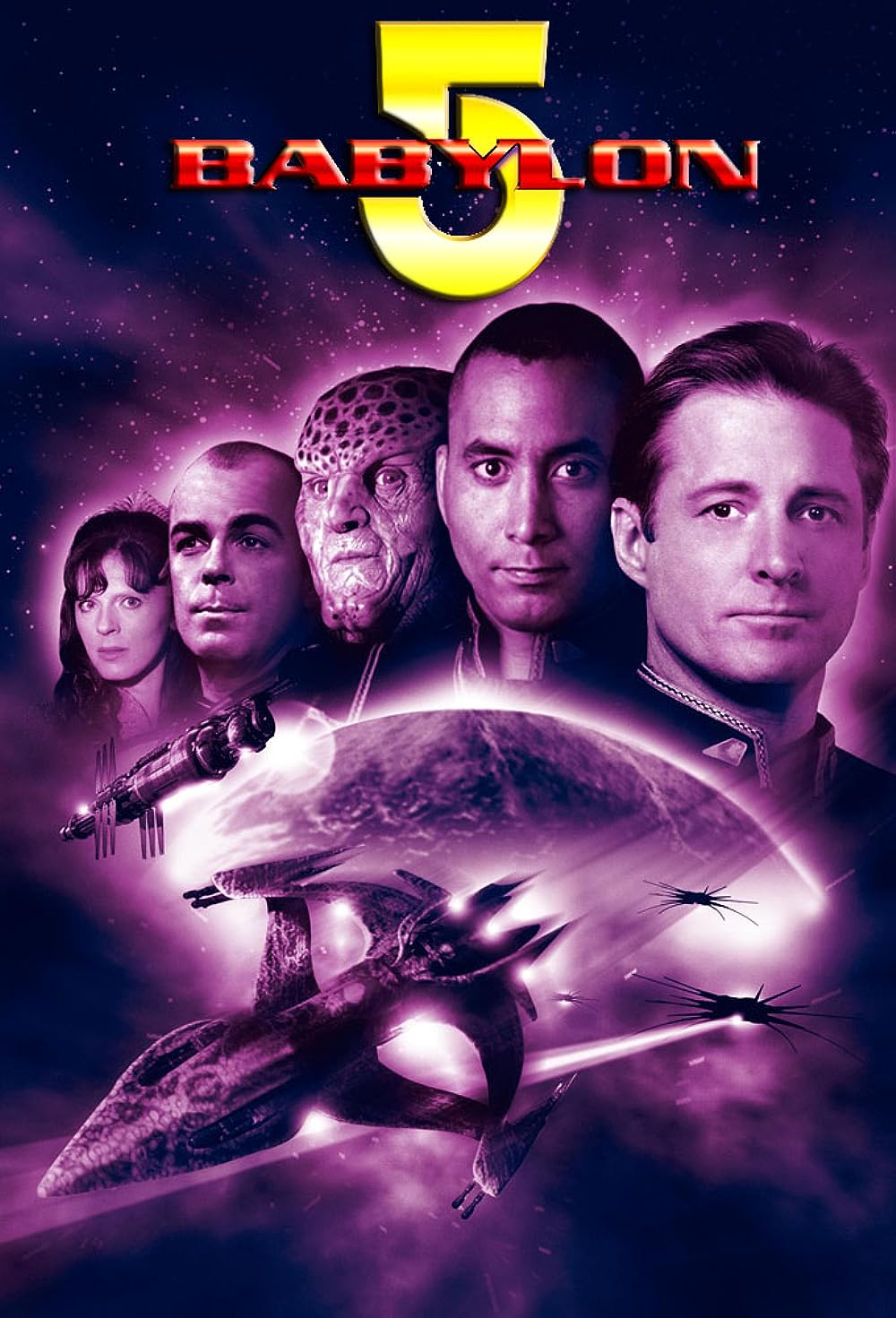 It was the dawn of the third age of mankind. Ten years after the Earth Minbari war. The Babylon project was dream giving form. It's goal to prevent another war by creating a place where humans and aliens could work out their differences peacefully. It's a port of call. Home away from home for diplomas, hustlers, entrepreneurs, and wanders. Humans and aliens wrap in two million five hundred thousand tons of spinning metal, all alone in the night. It can be a dangerous place, but it's our last best hope for peace. This is the story of last of the Babylon stations. The year is 2258. The name of the place is Babylon 5.
Click to expand...

Airing a year before Star Trek: Deep Space 9, the show tells the tale of the space station of the same name, at the centre of the relations between several key races - the humans, the Minbari, the Narn and the Centauri - as well as the various 'non aligned worlds', and the struggles they have over time.

What makes this show I think unique - even now - is that unlike other shows, it wasn't written on a series by series basis, it was written and planned out as a 5 year arc, although when they weren't sure they were getting the fifth season, they crammed years 3-5 of the arc into seasons 3-4. But still, in an era then of syndicated shows where even watching in order was relatively uncommon, to have a 5 year plan was unheard of.

What that does mean, though, is that season one moves slowly. Basically, season one is just the pieces moving onto the board, setting the stage for what comes next - but it's meticulous. The whole thing is basically written by one guy, who not only had the concept, wrote many of the episodes (I think he actually wrote an entire season solo), and it really works as a stand-out piece of sci-fi.

The only sad detail, really, is the CGI which was ground-breaking for its time (and largely done on Amigas!) but dated really quite poorly compared to, say, the model work done in DS9, though it does give the show a fluidity and sense of scale and motion that DS9 never manages *because* of its models.

Personally I recommend seasons 1-4, I find it compelling viewing, even if season 1 is a little sketchy at times where it's setting up the pieces and is a little dry as a result. I also think that, honestly, it's a more imaginative show than DS9 - DS9 for all its writing (and it's also worth the watch) is rooted in the rest of Trek lore, anchored by Star Trek TNG amongst other things, in a way that Babylon 5 simply isn't.

I know a reboot is in the works, helmed by the same original guy, but I don't know how it's doing. The guy, J. Michael Straczynski has been responsible for some ground-breaking writing in his projects, from The Real Ghostbusters in the 1980s, to Babylon 5 in the 1990s, through Netflix's Sense8 with the Wachowskis. The fact he's writing it leaves me to believe it'll be solid in its writing, but we'll see if and when it materialises.

I'd give the reboot a try if it happens.

Incidentally, my friend has the official box set on DVD so technically I could borrow it off him. However, in this age of content overload I'm not very likely to though.

I remember that I didn't like DS9 at the time because it felt like a soap opera in space although I'm into Star Tek. However, I gave it a go on Netflix last year and ended up watching the whole lot and completely revising my opinion of it, really liking it in the end.

It still has those touchy feely parts that put me off the first time, but giving it a chance put those into context so I could just sit them out waiting for the good stuff of which there was a lot of.

Shame about the picture quality though, which is poor even for standard def video.

DS9 takes a little time to grow on you, I found, something I didn’t have with B5.

I need to catch up with Babyon5. I'm adding it to my watch list this year!! I do recall Battlestar Galactica pretty well and until this day, still use the term, "frack", along with a range of words around it of course, if the situation so applies.

I've noticed "frack" being used in other TV programs and even real life. It's literally saying the f-word without saying it and has a similar feel to it when venting. Very clever.

The Good Place did something similar with “fork”, “shirt” and so on but it was also part of the meta story for that show.

Arantor said:
The Good Place did something similar with “fork”, “shirt” and so on but it was also part of the meta story for that show.
Click to expand...

Yeah, I saw that. I thought it started off really well, but tapered off so was quite glad when it eventually finished.

Since it's no longer being made, it's no spoiler to say that the makers explained that it was planned to last for only four seasons.