Breakthrough research which reverses aging in mice: the massive downside

As an animal lover, I don't normally like to discuss research involving lab animals due to the cruelty factor, which this unfortunately has, but the impact of this research will have far reaching effects for the world, hence I'm posting about it. It's also why I'm not quoting any passages from it, as all the important ones include this kind of distressing stuff.

Aging of all living things is normally considered to be a one way process inevitably leading to declining health and death, no matter how healthy your lifestyle is and being lucky enough to avoid things like cancer etc. However, scientists really have reversed aging in mice, which has massive implications for the world. As such, I never doubted that we would see this technology, just not quite this quickly. See the article for full details of this research.

At first blush, this would seem to be a great thing for the human race, except that we haven't take power and corruption into account. Obviously the very wealthy are going to get this first and could end up living for hundreds of years at the expense of the ordinary person, but far worse, are the dictators of this world.

Just imagine Putin living an extended life, healthy and full of energy. The pain and suffering he could then inflict on the world would be orders of magnitude greater than the murderous awfulness that he's putting Ukraine through now, aged 70, and suspected of having terminal cancer. Then, add in every other tinpot dictator to the mix, eg North Korea, and you have a never ending nightmare on your hands. Unfortunately, given the effectiveness of this treatment on these poor mice, it may well come to pass. There are cases that where something can be done, doesn't mean that it should be done. Unfortunately, the momentum for this will be unstoppable.

The other aspect of this of course is an uncontrolled human population explosion if most people lived extended lives and continued to have lots of kids as our planet only has a finite capacity to support life, which is already being reached in some ways. There's a minefied right there.

What do you think of this development? 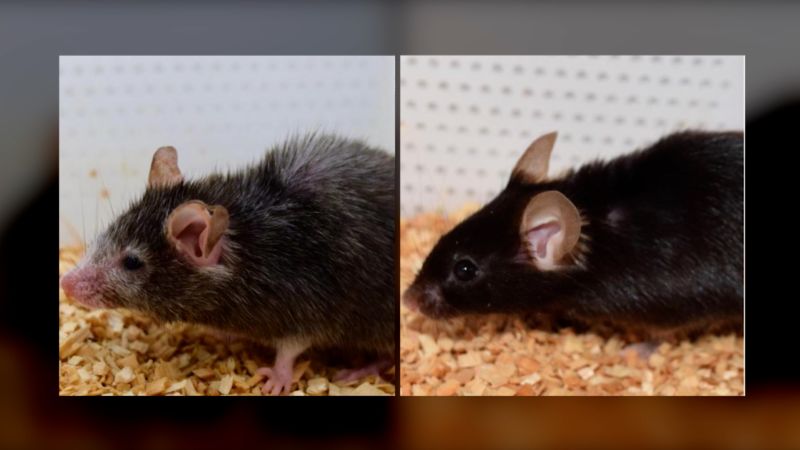 Old mice grow young again in study. Can people do the same? | CNN

All mammals hold a backup copy of cellular youth, a new study says. All we have to do is trigger the switch to turn back the clock, researchers say.

I think mortality is a good thing. People in general I've observed are much more slack, and lazy with their work (creatively) in our 'who cares' era. Mortality is something that makes life worth living in general and not just politically, opposite to that viewpoint. Its not a coincidence that my brother, the most boring person alive has started getting interested in transhumanism.
I would prefer a reason to share experiences with friends, travel and explore and emotionally find ways to grow, and its needed for that. Thats also why I encourage more blunt opinions on subjective things. They would want to shoot me for it elsewhere lol because emotions and immortal culture.

I do miss the era where prioritisation was life or death. I doubt Rishi Sunak even considers Ukraine anything other than a chess piece.

Epigenetics and Stem Cell research have come a long way. You can likely control some of your epigenetics by what you eat. Food is a powerful trigger to turning the on/off switch in your genetic code. Controlling your environment to avoid turning on the bad switch is a bit challenging, but what you do personally at home may help, such as avoiding-adjusting personal products/laundry detergent/soaps/cookware that have a lot of endocrine disrupting chemicals in them. If you haven't done any DNA testing before, DNA testing can help you see what "snips" you have in your DNA that is code within your DNA where you may have a genetic propensity for a certain disease. Sometimes knowing your snips can be a good guide.

Lifestyle tips at the end of the article:

His top tips? Focus on plants for food, eat less often, get sufficient sleep, lose your breath for 10 minutes three times a week by exercising to maintain your muscle mass, don’t sweat the small stuff and have a good social group.
Click to expand...

I agree with most of the authors statement here with the exception of plant food. All plants are designed with their own ability to fight off predators. Plants have lectins for their defense mechanism. Some plants have more severe lectin reactivity than others in which lectins can cause a lot of havoc from poor digestion to autoimmune disease.

Gas stoves to be banned in America?