An offshoot of Extinction Rebellion, the original pain in the ass environmental protest group, I'm sick of these idiot protesters blocking motorways by gluing their hands and faces to the road and other dumb antics, causing great inconvenience and distress to thousands. Even if one's cause is just, this isn't the way to do it.

And in this case, do they not know how vital oil is to our modern way of life the world over? Literally everything is either made out of it, like plastics, or uses it in some way, no matter how removed that may seem. Oil is a critical component of modern civilisation, so it's not about stopping its use, like these misguided fools want, but using it more intelligently to damage the environment less. If they campaigned for this and less obnoxiously, then I would agree with their cause. 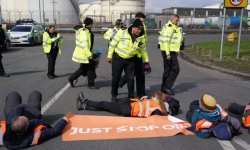 More than 50 protesters who are demanding urgent action to address the climate crisis were sent to jail on one day this week after refusing to comply with court proceedings.

The campaigners, who were appearing before judges at two separate hearings in London and Birmingham, had broken an injunction to take part in a blockade of the Kingsbury oil terminal near Tamworth in Staffordshire on Wednesday.


But when they appeared at the Queen Elizabeth court in Birmingham and the Royal Courts of Justice in London on Thursday, they refused to comply, standing on chairs, turning their backs to the judge and reading out prepared statements about the scale of the crisis.
Click to expand... 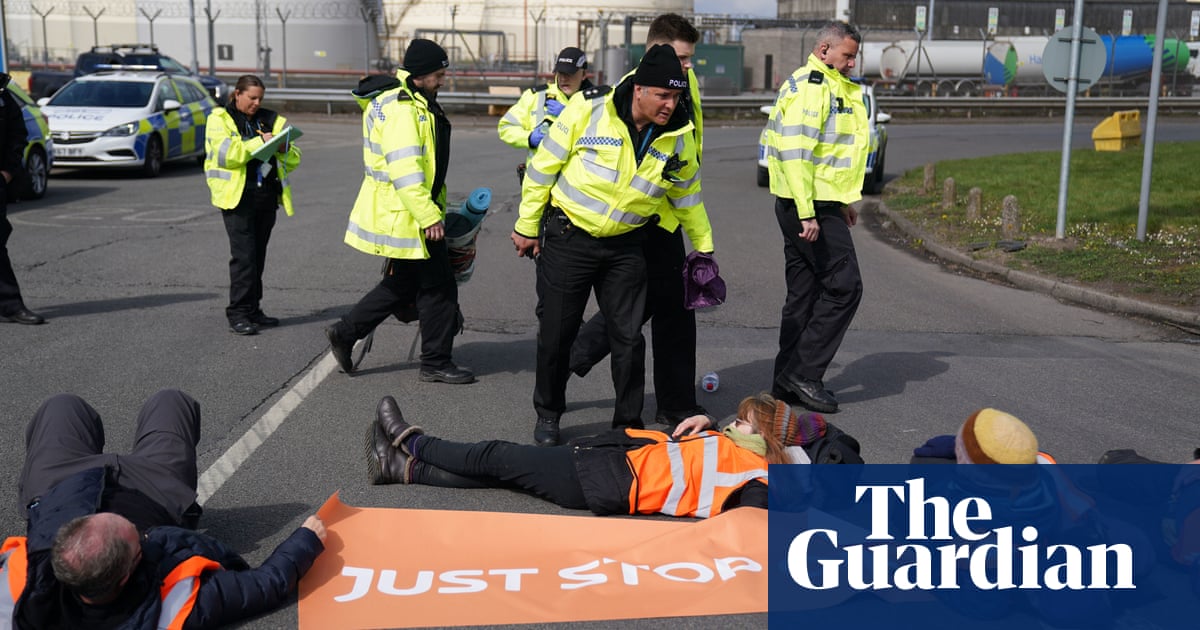 I'm 90% sure that they're the go-to media scapegoat. When we were most anti-Boris these guys got headline after headline.

Yes, the modern world is run on oil, except oil is non-renewable and it is going to run out sooner or later, to the point they're already trying to reopen oil reservoirs previously untapped because it wasn't deemed economically viable.

The problem is that unless we take drastic action, we're already dead as a species. As we've seen with other pollutions, cutting down isn't going to cut it, because it's too convenient, too cheap etc. and only a large kick up the backside will prompt the kinds of affirmative action that are actually necessary.

One only needs to look at other articles today to understand the problem is vastly more complicated: https://www.theguardian.com/environ...es-exxonmobil-chevron-shell-bp-climate-crisis

However, I wouldn't celebrate people being locked up. I find that actually rather disturbing in fact - because this is setting a very dangerous precedent that any non-violent protest is now an imprisonable offence. Which will, I guarantee, be used as justification for banning strikes in the next 12-24 months if this government have its way.

Sorry for the delay, Arantor.

Well, we can't stop using oil as I explained in the second paragraph of my OP. How we deal with the problem if we put aside all the corruption and self interest, I don't know, but the fact is that without oil, we go back to the stone age, so what do we do?


Arantor said:
However, I wouldn't celebrate people being locked up. I find that actually rather disturbing in fact - because this is setting a very dangerous precedent that any non-violent protest is now an imprisonable offence. Which will, I guarantee, be used as justification for banning strikes in the next 12-24 months if this government have its way.
Click to expand...

This is a fair point. While I don't like their obnoxious protests which I think are rightly curbed, the government is starting to turn Britain into a fascist state, silencing even peaceful protest that's a bit too inconvenient (effective?) for the establishment to be comfortable with. See post and video below about the arrest of anti-brexit protester Steve Bray for a fine example of this that's actually happening. However, protesters like Stop Oil give the government all the excuse they need to increase such oppression.

I don't normally make political posts and especially not a call to action one like this one, but this is really important. Anti-brexit and general anti-corruption campaigner, Steve Bray, has been arrested on trumped up charges that don't even breach the new restrictive laws on political...

The House of Commons, UK