Today was a landmark (in other words, expensive) day in my re-ownership of an Amiga 1200.

As of today I’ve acquired the following upgrades for it:
Ordered today, we have the following items:
More to follow once I’ve stripped it down to examine the board.

Chris, you do realise that this will require a full video demonstration once your project is ready?

I’m drawing up the legal documents as we speak, thankyou.
G

sound good to me what gotek did you go also which was the 8mb board you got ?

I had the day off work recently so decided to spend some time stripping down the machine to see what I've actually bought (and so I can determine how much of a money pit its going to be to get everything fixed/renewed etc on it). Having now been able to fully inspect the machine I've made some interesting discoveries......

Here’s the board, which I have removed from the RF shield (which has got a bit bent over on the edges and a lump cut out of the top left inside edge?) 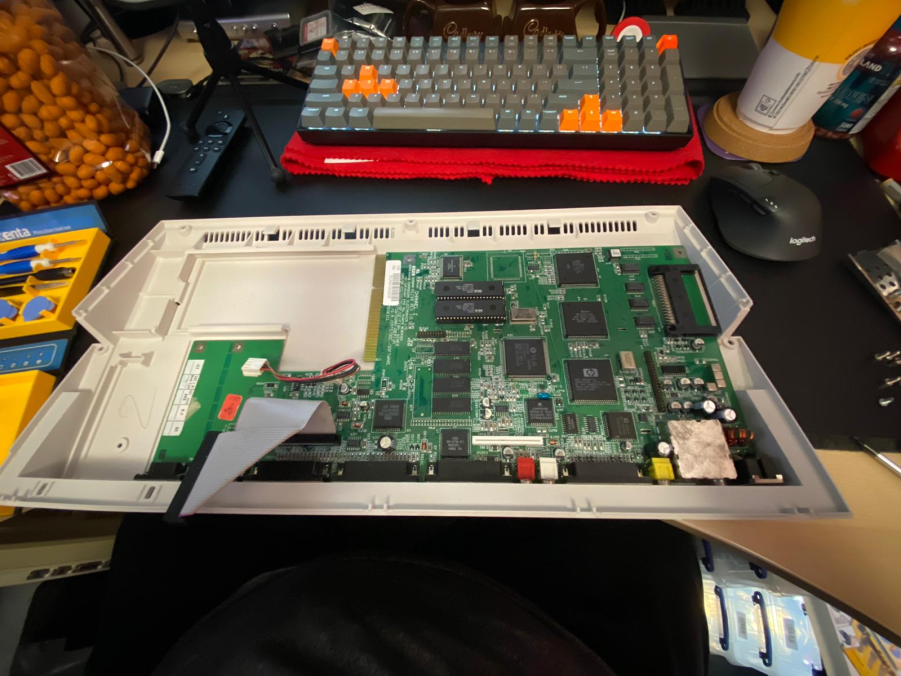 As you can see - it’s a 1D1 board (circa 1992). This board predates Escom/Amiga Texhnologies by quite a way. 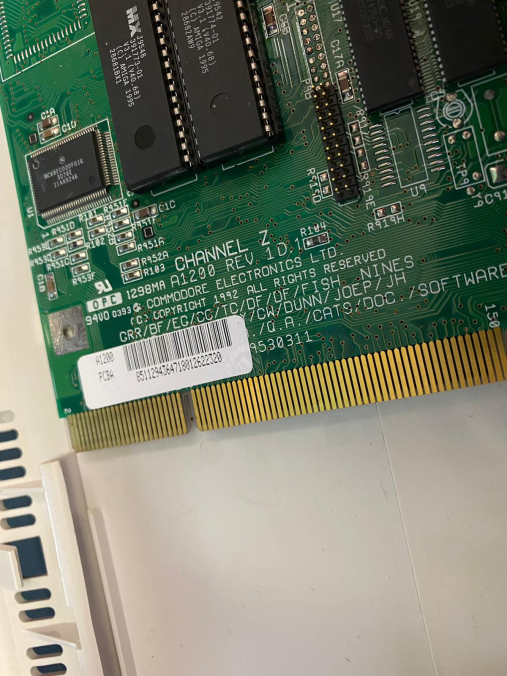 Kickstart 3.1 factory ROMs with 1995 Amiga Technologies date stamp. These should not be in here (least of all because they are three years+ older than the board itself. If in its stock form, this board should have 3.0 Factory ROMs. 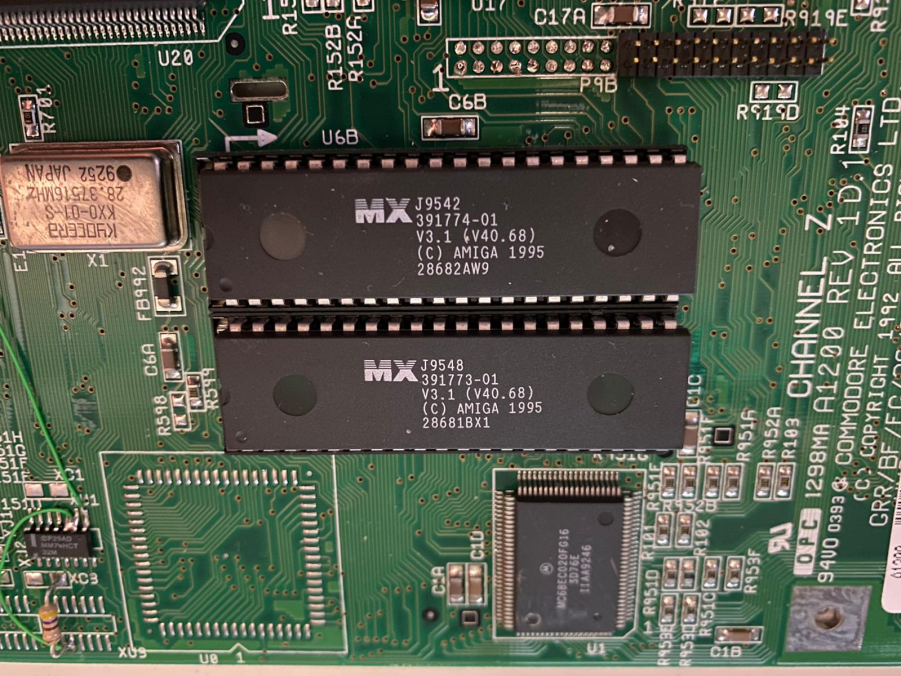 Bit of bodge wiring. I seem to remember either my 1st or 2nd original A1200 motherboard back in the 90s having this same thing. I believe this was a legitimate production line bodge fix. 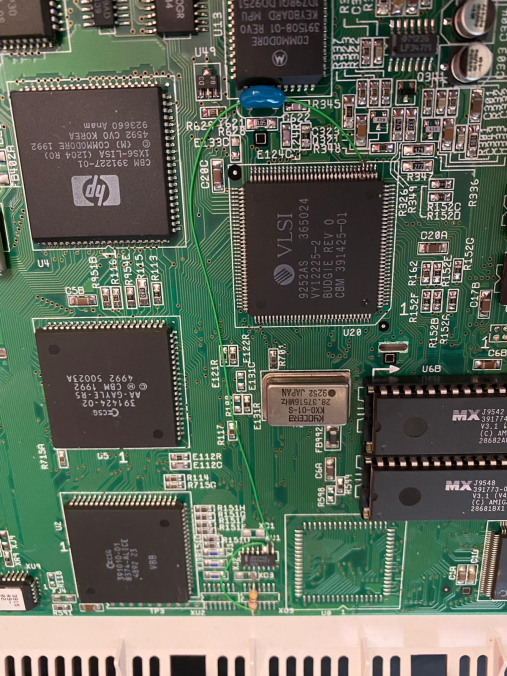 And finally I flipped over the motherboard to check the underside for the Amiga Technologies PC floppy disk hack. And it isn’t there! This alone is amazing news and tells me something surprising about the internal floppy drive that came in this particular machine..... 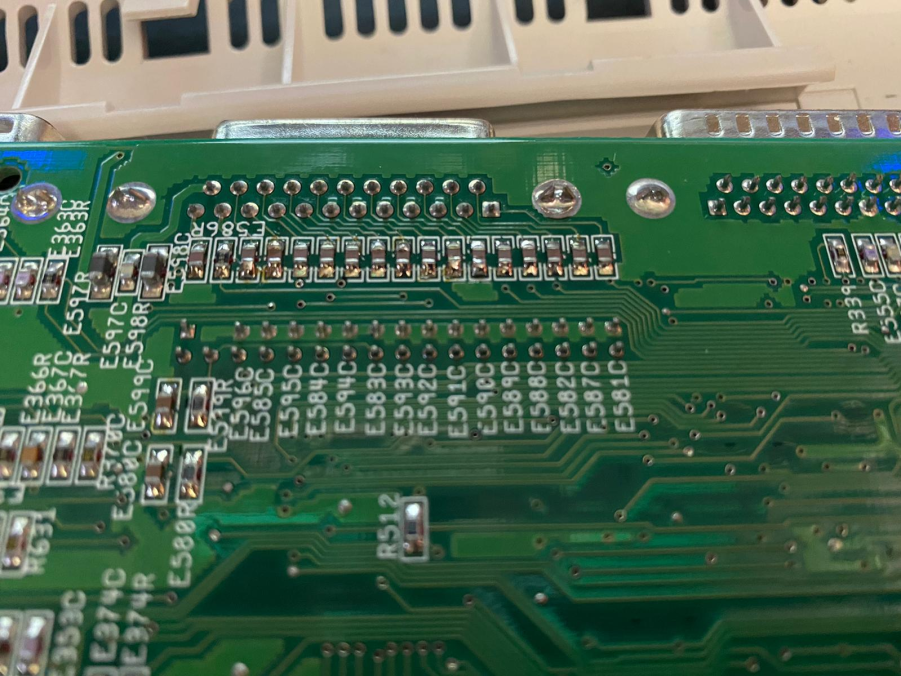 This is the floppy drive that was in the 1200. This is one of the drives used by Amiga Technologies as a floppy drive - but not the one most commonly used (and it has an Amiga Technologies barcode label on). However, Commodore also used this same model as it could be easily modified to work properly on the Amiga (and Commodore would have them modified accordingly). It looks to me like this was either old Commodore stock that Amiga Tech reused, or an Amiga Tech drive that someone has properly modified to enable it to work on the 1D1 motherboard. Either way, the motherboard I have is not modified to take a PC floppy, and therefore this floppy drive can’t be operating as a regular PC drive, it must be Amiga modded. Yippee! 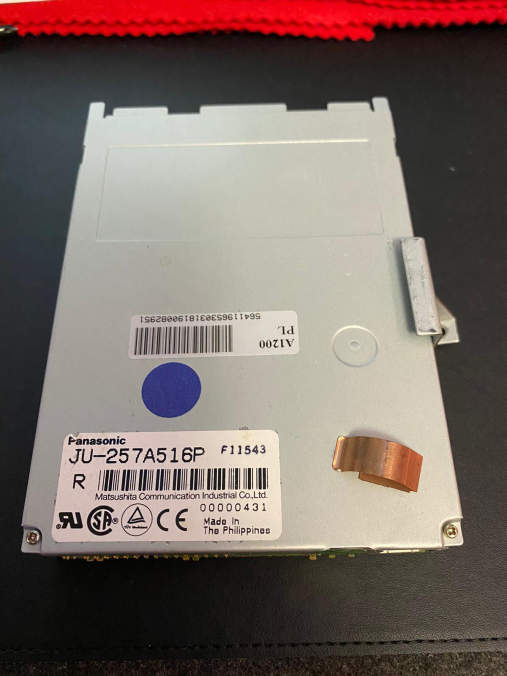 Oh, and one last thing - the caps. They look like new (no bulging, no cap juice residue anywhere, no fishy smells), which is making me believe this board may have been recapped a little while ago.

So what next for this machine? Well, I want to recase it. While the original case (a mix of an Amiga Technologies Rev E case top and a Commodore Rev B case bottom) is in pretty good condition and hasn't yellowed, it has malformed on one side (top half, above the PCMCIA slot) either from heat or from crap moulding in the first place, so the top and bottom halves of the case don't fit together properly there. Plus, I've kinda gone off beige/cream coloured computers. I have managed to find stock of the A1200.net Transparent case, and one arrived from Germany late last week.

I also have an internal Gotek kit and a new PSU from Retro Passion, though I am rethinking the internal gotek in light of the discovery that the floppy drive is good. I have an external Gotek, along with external floppy drives, ready to use either way.

I will also to fit an internal scandoubler/flicker fixer - I managed to source an Indivision AGA Mk3 (it is very good, but not the one I wanrted as this one also has to clip onto the keyboard controller, so if I ever recase into a Checkmate case, I will have to lose the scandoubler).

I already have an 8MB RAM expansion for it (the Wicher 1211 with Ethernet and SD Card daughterboard). I plan to upgrade from that to a Vampire V4 Ice Drake next year when they go on sale.

GCC said:
sound good to me what gotek did you go also which was the 8mb board you got ?
Click to expand...

So the internal Gotek is one of the newer boards with the new Artery chip (it has already been flashed to run FF). I have two external Goteks both have the older (better) chipset in them. I also have an additional external Gotek (one of the new ones with the factory-fitted bigger OLED screen and rotary dial) coming directly from Kier Fraser. That too will be the new Artery chip, but should work given it's coming directly from the man himself.

The 8MB board is the Wicher 1211, which has a daughterboard with Ethernet and an Mirco SD card on it that is designed to sit in the rear trapdoor position. I should have the Ice Drake in early 2022. That will give the 1200 similar performance to my Vampire V4 as well as RTG.

Next club meet is likely going to be the initial rebuild (as I am not sure I will have time before then to tinker with it).
Won't fit the scandoubler until it has been recapped. Once that's on, I don't want to have to remove it unless absolutely necessary.

looks clean. ive got a 1200 with the same green wire, does seem to be a factory fix. also had a trimmed top metal shield, mine was trimmed for a larger (3 1/2) hdd to ft inside the case, cheaper than the 2 inch drives. might also be why you have the 3.1 roms, think these allow larger hd partitions.

sata SSD sounds interesting - good to try something different. i did try an SD to ide adpator for a bit instead of the cf adaptor. much slower than the cf, reverted back in the end. - some are putting DOM drives onto the ide header with good results to

Hi @RobA1200
The cuts in the shielding are in the wrong place for a 3.5inch drive (did a few of those back in the day for people). The cuts are more on the lower edges, which makes me think the top shielding may have come from a machine that had a scandoubler clipped onto the Lisa. That would marry up with several of the cuts. It's not the end of the world as I need to ditch the top shielding anyway - partly for better airflow, but also to allow me to fit my own scandoubler and some other mods. I'm going to lose the bottom shielding as well as it simply serves no purpose. I've got a custom-made metal runner coming from Germany which will replace the edge of the lower shielding that the rear ports poke through, so that will still look tidy with no gaps.

Really keen to try and get an SSD working. A 120GB or 240GB SSD is dirt cheap today, whereas a 128GB CF card is about £80 for a decent brand (SanDisk) and while SD cards are more in line with SSD prices, they are soooooo slow in comparison and don't have the read/write lifespan to match CF or a dedicated drive. I do have an 8GB CF with. AmigaOS 3.2 already installed on it. One possible plan will be to install that as a boot drive, and then use the SSD as a slave drive (as some reports suggest that SSDs will work, but there are issues booting from them). Either way, going to try installing an SSD as bootable myself before ruling out the idea.

DOMs are good and are really robust, but are mostly available in very small capacities. To get one in a larger size (more than 4GB) with a 44pin connector will cost much more than the equivalent CF card.

Oh yes, quite a difference. Here is a very basic example of the differences. 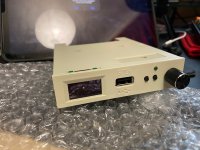 Nice unit, and in a colour a bit closer to an aged Amiga. I have a metal outer shell for it, but that shell was made for the original Gotek. This one is ever so slightly taller. We are talking 1mm. So i'm having to sand off the bottom to make it fit. 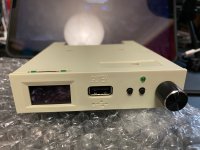 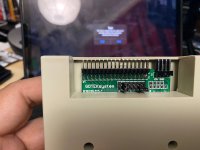 GCC said:
Could you lift the lid on the gotek be nice to see how they have done it
Click to expand... 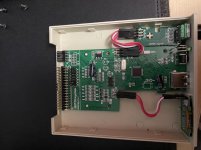 They've done a great job on these, Everything is held in place tightly, and its a zero-screw design for the screen and rotary. The main PCB is held in place by a couple of plastic posts and the screws from the lid.

Couple of pics of the new transparent A1200 case: 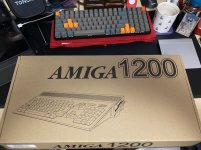 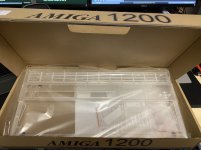 Apparently Gotek is actually talking directly to Kier Fraser and the community. They really like how he and the community has taken its original product and modded it for other systems (remember, the original Gotek was designed as a drop-in replacement for music keyboards), so it wants to support that use with better products, not stop it.
G

chrisgreen said:
They've done a great job on these, Everything is held in place tightly, and its a zero-screw design for the screen and rotary. The main PCB is held in place by a couple of plastic posts and the screws from the lid.
Click to expand...

It does look good I like how they have done the case on it so it all fit well. On the new type of gotek does it have problems with some usb sticks ? I am thinking of putting one in my BBC Micro setup

GCC said:
It does look good I like how they have done the case on it so it all fit well. On the new type of gotek does it have problems with some usb sticks ? I am thinking of putting one in my BBC Micro setup
Click to expand...

Unfortunately I don’t have a clue. I’m not aware of anyone reporting specific issues with types of USB stick. They should work more or less like the older ones with the other chip.

nice case. as you know the floppy drive header will easily run a gotek and rgb 😉

RobA1200 said:
nice case. as you know the floppy drive header will easily run a gotek and rgb 😉
Click to expand...

That is indeed the plan. I have acquired this cable, which combined with my beefier power supply should allow me to comfortably power the floppy drive, lights and a small fan that's going over the Lisa & scandoubler. 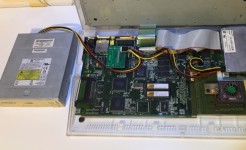 Won't be fitting a CD drive, the 12v will be used for the lights and fan. 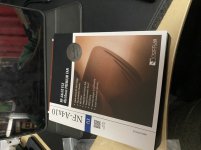 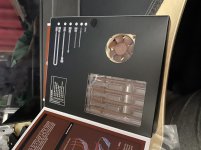 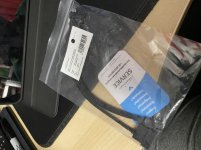 is that the indivision mk3? very nice.
i had the mk2cr - didnt get on with it, ended up selling it, but ive been reading there is quite a big difference between them, the config options are easier on the mk3. mk2cr suffered with centring the picture on the screen on some (mine) monitors. been reading and its cured on the mk3. will be interested to see this in action.

anyway, some good pimping going on there.