I'm a PC gamer and everyone knows that the PC is the most powerful gaming platform with the best graphics, but, it does come at a high dollar price, especially the graphics cards... The other downsides are the inevitable glitches and fiddling with Windows patches, drivers and game settings required to make games run just right (hopefully). It's all a bit of an inconvenient faff if I'm honest, something that console peasants users usually don't have to put up with. 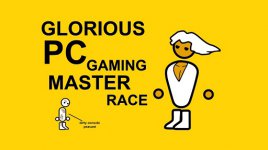 Now, I game online cross platform with friends where it's a heady mixture of PCs, PlayStations and Xboxes in crossplay mode, which is just asking for trouble, bless. And true to form, it's normally quicker and more convenient for the console gamers to be up and running, but this time the PC gaming faff reached new heights.

We hadn't played Call of Duty: Cold War online for several months, but I still kept the game up to date when the patches came out (some were huge) and made sure that it was fully updated before our gaming session the other day. So, the game should run just fine, right? Wrong! Check out this WhatsApp thread of my starting up the game. Inadvertent comedy doesn't get better than this: 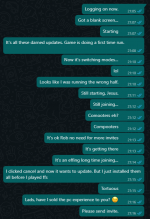 Yup, despite having played the game many times before, it still started up like a first-run game, then had trouble joining the session and overall took over 12 minutes to join the damned session! 🤦‍♂️ Somehow, this glorious superior PC Master Race experience didn't sell it to my console peasant user friends, bless. Can't think why.

Thankfully, most games are not such a pain in the ass and CoD is known to be glitchy, so this isn't all that much of a surprise. If anything the game seems to be getting buggier lately and that's affecting my console friends, too. So, for gaming, would I swap my PC for a console? No, of course not, it's still worth it, but I do have a PS4 too for when crossplay isn't available for a particular game.

What's your experience of PC and console gaming? 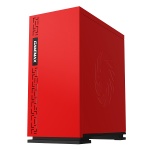 As a fellow PCMRer I feel your pain.

Which is why I have elevated and enlightened myself to become a CloudPCMRer and mostly use GeForce Now, xCloud or Stadia to get my AA or AAA fix. Let the peasants configure & update my virtual rigs for me.

Eve, further to various critique on CCP's game mechanic choices, has an exceptionally well managed maintenance schedule, by comparison. Not the same thing, I know but it's on my PC so I thought I'd mention.

This issue really dogs PC for me. Steam is probably the worst for it. As a casual gamer, I often want to play something just to kill an hour or so. Ooh I know, I'll see what's in my steam library...which I've not opened in a few weeks...you know what comes next.

I think Nintendo knocked it out of the park when they made the Switch able to go from where you left off - immediately. Meanwhile on the PC, heaven help you if you need to actually power the thing on before you open Steam, update, start the game, watch several interminable game studio animations before trying to determine which game save won't set you back a week's worth of progress...

This is why I keep Steam running all the time and check for updates almost daily. For some weird reason it always schedules them for something like two weeks from now instead of just getting on with it, forcing me to start them all off manually. Really annoying.

I tried playing Eve Online way back in 2007 when someone from work tried to get me interested in it, but while it looked really nice, I just couldn’t get into it. Nice to see it’s still going strong though.

Retro said:
I tried playing Eve Online way back in 2007 when someone from work tried to get me interested in it, but while it looked really nice, I just couldn’t get into it. Nice to see it’s still going strong though.
Click to expand...

It is, although I expect it has evolved a bit since then. Not in game content as much as political structure. I have had a turbulent time of it since I started playing in February but I'm finally in a corporation I like and that is making a huge difference.
I believe the vast majority of players drop out of it within a month of starting because it is so difficult to get into. But that complexity is then a big part of what keeps people interested long term. So you meet a lot of people who are still playing after 18 years. If anyone is interested in giving it a try, I'd recommend creating a free account, playing a bit and then juat dip in from time to time. Give yourself a chance to get into it because it's definitely a marathon rather than a sprint!

Edit: I should have mentioned, despite still being a challenge to get into, they have made it much more newbie friendly than it was in 2007.