It's been a long time coming, far too long in fact; a whole lifetime, but it looks like the game will soon be up for Donald Trump. I think there's a decent chance that he'll go to prison and thus be out of the presidential race and the threat of actually becoming president again. I think there would have been a good chance that he could win it otherwise and that's a thought that should scare the shit out of any rationally thinking person, whatever country they live in.

The opinion piece below is from a qualified lawyer on why he thinks Trump's days are now finally numbered after the FBI raid. Can't come soon enough. I've started the ball rolling, but feel free to post further articles and opinions about this evolving drama.

I normally post a picture of the subject, but I really don't wanna look at his ugly mug, so here's a random nighttime picture of a city with the lovely orange glow of lights instead. 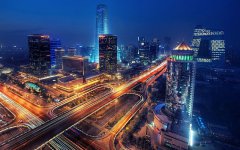 I have finally seen enough. Donald Trump will be indicted by a federal grand jury.

You heard me right: I believe Trump will actually be indicted for a criminal offense. Even with all its redactions, the probable cause affidavit published today by the magistrate judge in Florida makes clear to me three essential points:

(2) He was put on notice by the U.S. Government that he was not permitted to retain those documents at Mar-a-Lago.

(3) He continued to maintain possession of the documents (and allegedly undertook efforts to conceal them in different places throughout the property) up until the FBI finally executed a search warrant earlier this month.
Click to expand... 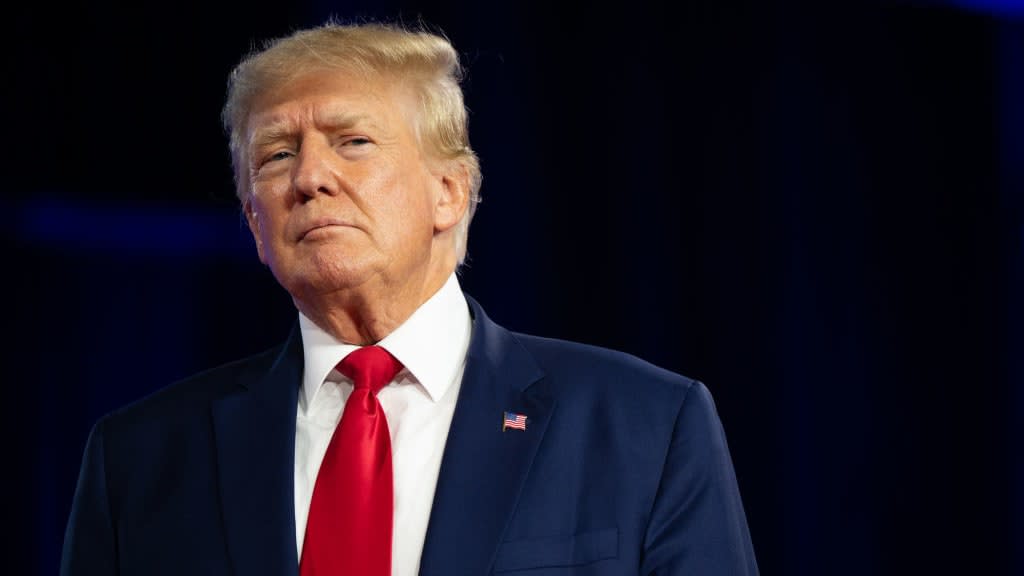 It’s Over: Trump Will Be Indicted

Brandon Bell/Getty ImagesI have finally seen enough. Donald Trump will be indicted by a federal grand jury.You heard me right: I believe Trump will actually be indicted for a criminal offense. Even with all its redactions, the probable cause affidavit published today by the magistrate judge in...

It will be interesting to see what actually comes out of all of this. Trump watch.

There is so much conflicting news about the warrant and affidavit. There are other people from his circle on "their" list that they are going after too.

Much as I want to see him face justice, I'm genuinely concerned about the consequences. So-called "Trump Derangement Syndrome" where the mere mention 'sets off' people away from 'the truth' (i.e. deflection from any and all criticism solely because snowflakism) is rampant enough that if he is indicted, it almost doesn't matter, because the powder keg is going up either way.

The one side want him indicted for his (almost certain) crimes, and anything less than guilty across the board is likely to erupt. On the other hand, the other side desperately don't want him indicted, partially because they tied their mast to his, partially because they don't want the Feds digging too deeply either - and anything less than total exoneration across the board is likely to erupt.

There really isn't a good solution, nor good outcome with either way this goes. Lindsey Graham, a senator from South Carolina, predicts all out rioting. Gee, we've had enough here. I get why Ozzy Osbourne is moving back to the UK.

Ultimately, if someone does wrong, then they must be brought to justice, the rules don't change because of some unpleasant side effects. That you're worried about the reaction of his hords of deluded followers if justice is done only shows how deeply the rot has set in. The man is a monster and I suspect a Putin sock puppet. If the world, and especially America, has to endure a certain amount of pain to cut this cancer out, then so be it. Leaving it in will only make the problem worse in the long run.

He's 76, so surely he hasn't got that long to live anyway? Just keep him out of the White House and surely nature will sort out the problem for us.

Tiffany said:
There really isn't a good solution, nor good outcome with either way this goes. Lindsey Graham, a senator from South Carolina, predicts all out rioting. Gee, we've had enough here. I get why Ozzy Osbourne is moving back to the UK.
Click to expand...

Offtopic though aren't the UK heading there? Most vicious heat and then the increase in crimes at festivals?
Last edited: 30 Aug 2022

Crims said:
Offtopic though aren't we heading there? Most vicious heat and then the increase in crimes at festivals?
Click to expand...

Don't worry about going off topic too much. It's the natural ebb and flow of conversation. I'm much more relaxed about this than some other places.

Crims said:
Offtopic though aren't the UK heading there? Most vicious heat and then the increase in crimes at festivals?
Click to expand...

I just read that the UK is experiencing their worst drought in 500 years and that hunger stones are starting to appear as the rivers are dropping to super low water levels.

The great drought and the great deluge, all at the same time


Retro said:
Don't worry about going off topic too much. It's the natural ebb and flow of conversation. I'm much more relaxed about this than some other places.
Click to expand...

It's nice to have a chilled and welcoming atmosphere.

Tiffany said:
It's nice to have a chilled and welcoming atmosphere.
Click to expand...

The net continues to tighten around Trump.

What surprises me is that he didn't keep the documents in some storage unit registered in someone else's name. That would have been much harder to track down. 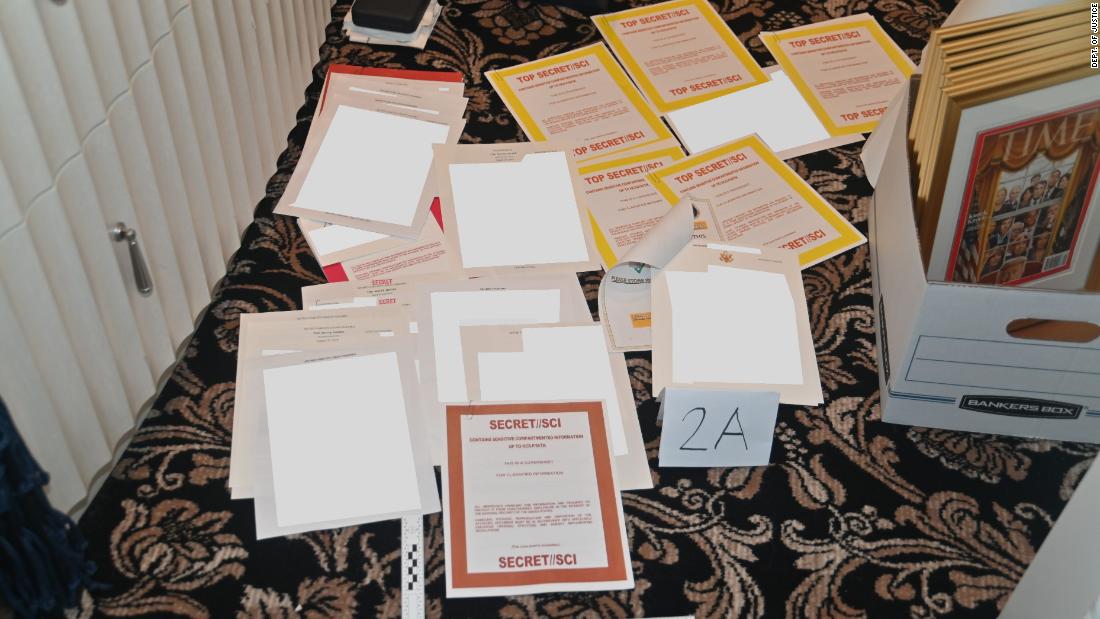 More than 320 classified documents have now been recovered from Mar-a-Lago, the Justice Department said

Because he’s not that clever.

As for that picture, Twitter people tell me that the writing on the front-most visible document suggests just how seriously “this isn’t supposed to be in the hands of normal people” those documents are. It’s *serious*.

Love it, Melania Trump doesn't give a shit what the searches through her personal effects could mean for her beloved Donald, only that it violated her privacy.

What surprises me, is that she hasn't divorced him yet. I'm sure that'll happen once he finally gets taken down. Can't wait.

@Arantor I'll get back to you later. 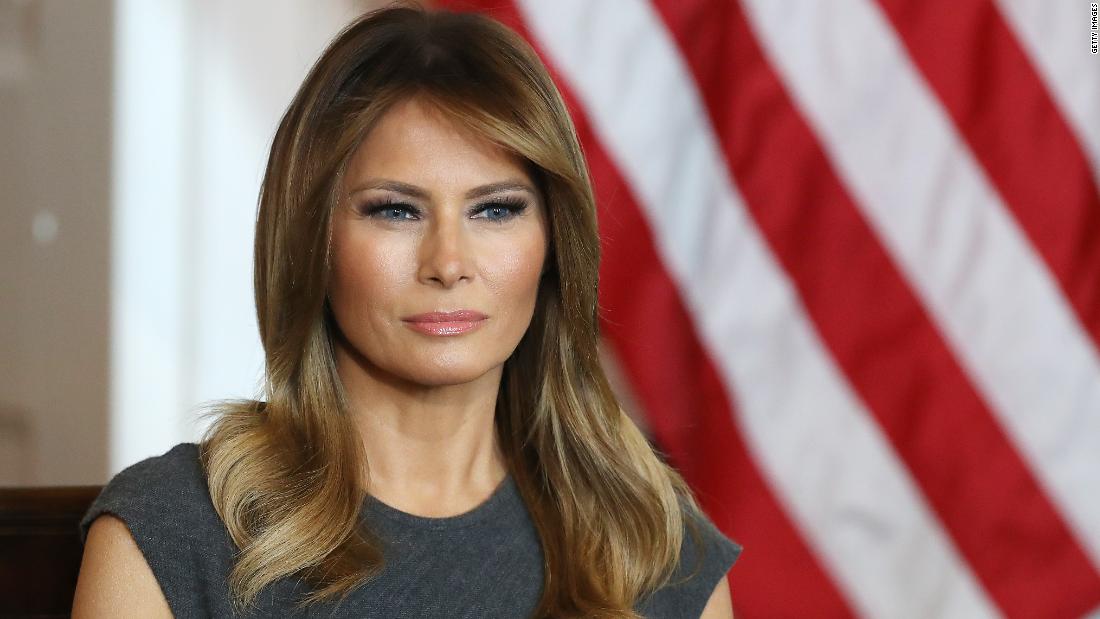 Shortly after the FBI searched his Mar-a-Lago home earlier this month, former President Donald Trump fumed on social media about agents rummaging through his wife's clothing and personal items.

I saw those twitter pictures in my news feed I was looking at this morning. I read that the Biden Administration Justice department submitted these photo's in response to Trump's law suit requesting a special master to review documents taken in the FBI raid. I don't really think Trump's rabbit hole on this is going anywhere for him. Too much organized power in an "all in" government pursuit.

Some savage comments from the Grauniad: https://www.theguardian.com/commentisfree/2022/aug/31/trump-legal-filings-liar-lackeys

Arantor said:
Because he’s not that clever.
Click to expand...

I dunno about that. One doesn't get away with the huge amount of crooked dealings that he has for a lifetime without having smarts. That's not to say that he can't make stupid decisions though, as he clearly has on many occasions.


Arantor said:
As for that picture, Twitter people tell me that the writing on the front-most visible document suggests just how seriously “this isn’t supposed to be in the hands of normal people” those documents are. It’s *serious*.
Click to expand...

Yes, I think these seized file are gonna be his undoing. We can clearly see him wriggling and squirming on the hook now as there's just no way out of this one. Even with a certain amount of corruption in government, the DoJ etc, I don't see how this can be made to go away.

I really wanna see him go down for the Jan 6 insurrection, but even if he just goes down for this which would be enough to stop him running for president, I'll be satisfied enough.

You just know Trump is in deep trouble when there are calls for him to take a plea deal lol. 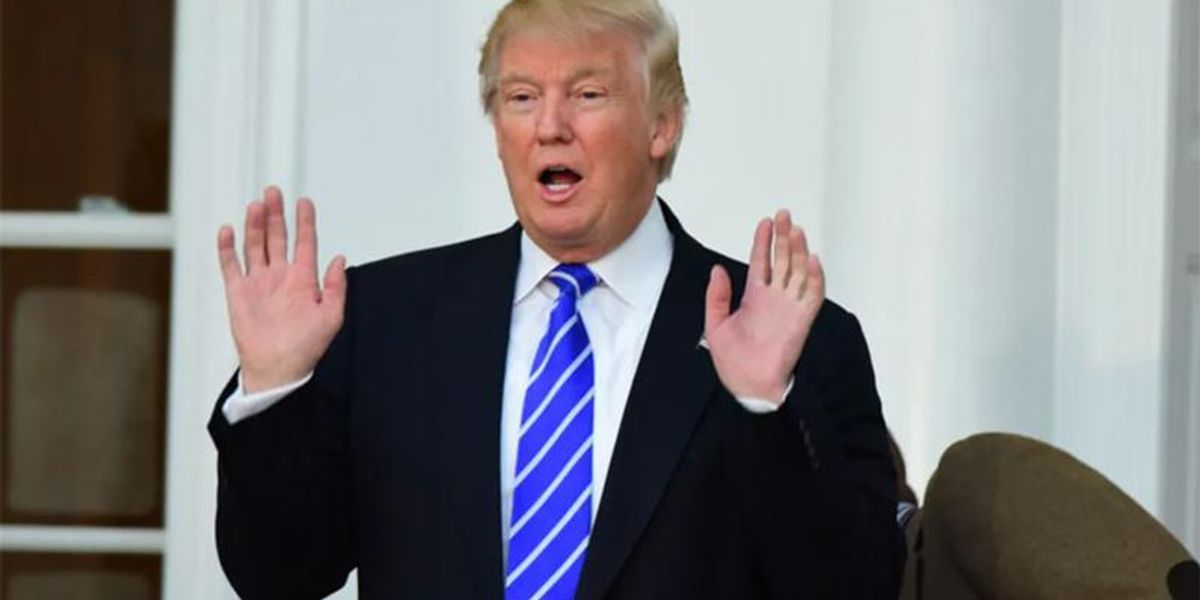 Trump should be seeking a plea deal — but his lawyers can’t protect him from himself: analysis

Legal experts panned Donald Trump on Wednesday for having the "worst lawyers" and explained why even the best attorneys in the land may be unable to save the former president from his legal woes.Legal and political experts weighed in on Wednesday after the Department of Justice deployed a "legal...

And in other news, I'd noticed how Trump has been holding back on putting himself forward for the presidential election and figured that it's likely due to his ongoing legal troubles. Looks like this is the case. Don't bother Trump, you know you're going down. 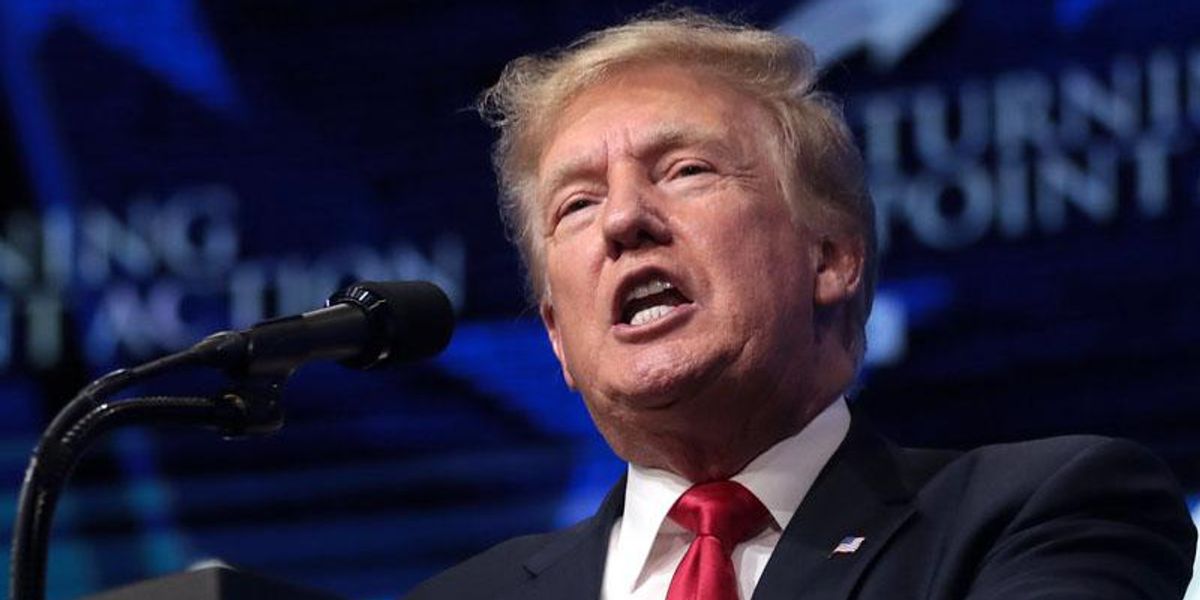 Former President Donald Trump is reportedly considering waiting until after the November midterm elections to announce a third presidential campaign as his legal troubles continues to mount. Trump is also facing concerns that Senate candidates he endorsed may not be as promising as he led on...

Retro said:
One doesn't get away with the huge amount of crooked dealings that he has for a lifetime without having smarts.
Click to expand...

He had financial assistance to get to where he started out and if you have money, it's usually not that hard to make more of it, and with that money one has influence which goes a surprisingly long way.

Whatever smarts he may have had - there is plenty of history to suggest he's never been the brightest - many of his more recent decisions have been hugely questionable.

Yeah, being born with a silver spoon in one's mouth is a huge leg up, no doubt. Wish I'd had a start like that. Given recent cockups, it could also be age catching up with him.

He's always been a bit petulant, for example in one of his movie cameos, the line referencing him was 'All you millionaires look alike'. Trump's assistant sent the producer a note to remind them that, in fact, Trump was a billionaire and that the line should be changed. The writer didn't think 'billionaire' was in line with the character's viewpoint so it was changed to 'zillionaire' as a compromise. 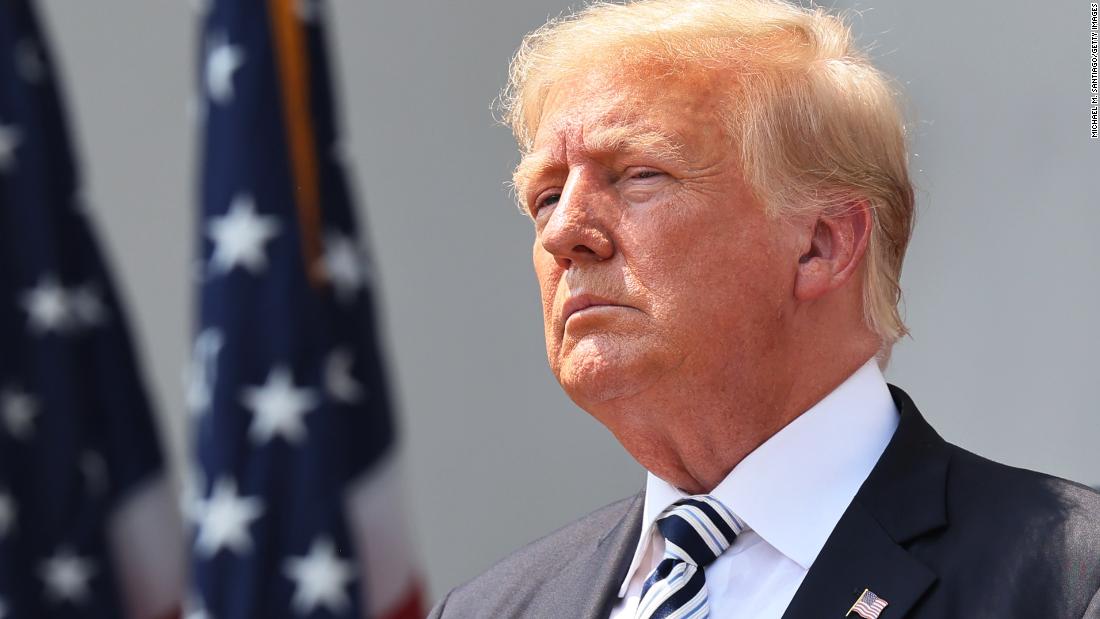 Former President Donald Trump argued in a court filing Wednesday that the National Archives should have expected to find classified material among the 15 boxes Trump turned over in January from Mar-a-Lago because they were presidential records.

Trump's own attorney drops him in it! There's nothing quite like a bit of inadvertent incrimination by your own incompetent lawyers for some comedy gold. 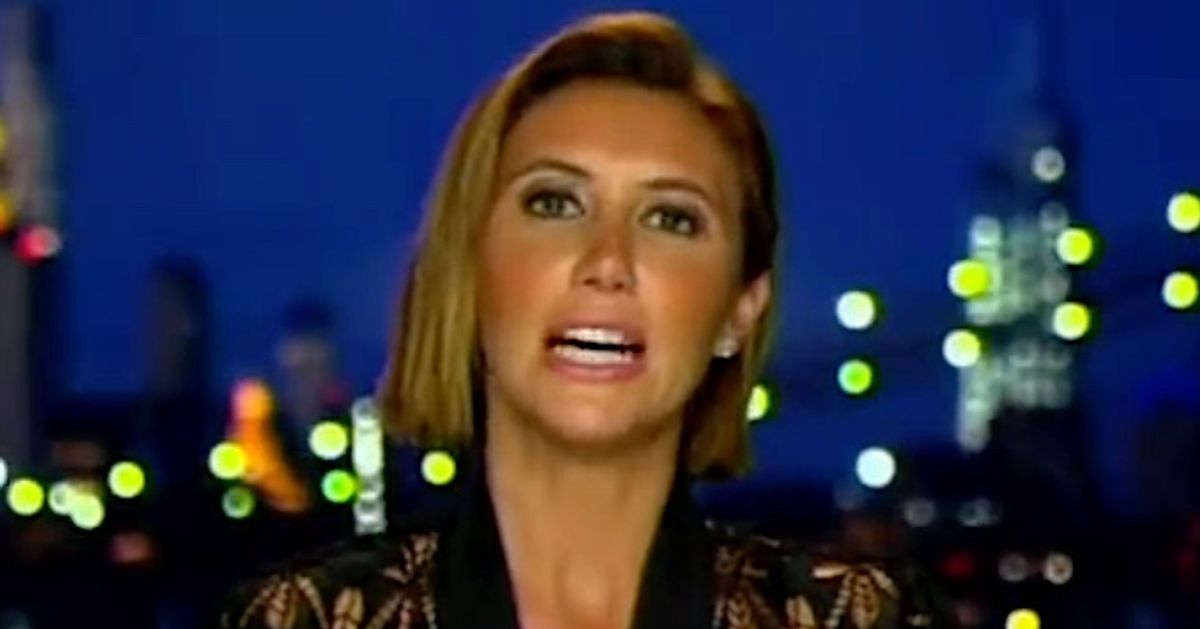 Alina Habba bragged about having "firsthand knowledge" that may not help her client.

Arantor said:
Because he’s not that clever.
Click to expand...

Given my above post about his lawyer, maybe you're right.

See also the press conference at “the Four Seasons”.
You must log in or register to reply here.