Fellow NerdZoners don't normally follow sport and it's not generally talked about on here, so may be unaware that there is something called "World Cup" going on right now. It's a football competition, apparently where countries bid to host it every four years and then waste billions of taxpayers' money on getting the country ready for it.

The tiny, super-rich country of Qatar won it for this year and are apparently enjoying some buyers' remorse at all the negative publicity it's generating for them over the two main issues of the treatment of migrant workers used to build the infrastructure and the countries' repressive, backward attitude to LGBTQ+ people. Serves them right!

Summing up his insider's take on the country's response, Sopel said on the News Agents podcast that a source close to the Qataris had told him: "Why on Earth have we bothered? We spent £200 billion on this, we are vilified over LGBTQ rights, we are attacked for being corrupt over the manner in which we got the World Cup.

“We are seen as kind of Victorian in the labour laws that we have, in the way that guest workers have been treated.

"Nothing good has come to us as a result of this. And this has all been a giant waste of money, and I wish it would all just go away, but it can’t.”

Sopel added that the initial impressions were that the tournament has "gone to s**t in so many ways".
Click to expand... 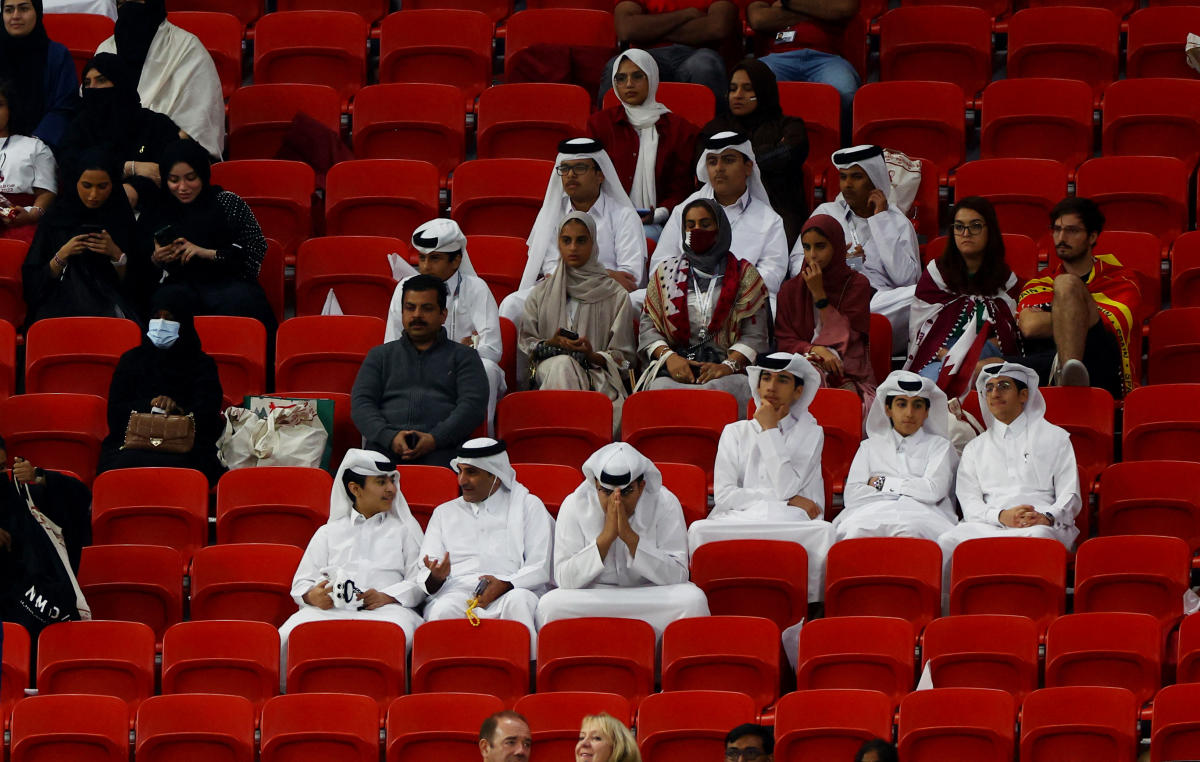 Jon Sopel says Qatar has drawn attention to its record on LGBTQ rights and treatment of migrant workers.

And the Qataris can't even be honest about the stadium capacities! In many cases they apparently stated an attendance higher than the stadium can hold. I remember hearing the commentator sarcastically joking about them "cooking the books". Yeah, no shit.

This World Cup is a glorious ongoing car crash TV event that just keeps on giving. It's going to be remembered for all the wrong reasons. Check this out:

Stadium capacities have been updated on the official Qatar 2022 World Cup website - after questions over the validity of attendance figures.

Tournament organisers FIFA and hosts Qatar have laid themselves open to accusations of massaging the true attendance figures with the revelation of the updated stadium capacities.

The World Cup opener between hosts Qatar and Ecuador, which the latter won 2-0, was held at the Al Byat Stadium, which supposedly has capacity for 60,000 fans.

But the official figure given for the crowd was 67,372. After scrutiny of that figure, the capacity was later updated to 68,895 on the official World Cup website.
Click to expand...

The only thing I remember seeing is the stunt Joe Lycett pulled to raise awareness of David Beckham being a gay icon and accepting £10m from Qatar, a notoriously anti-LGBTQ+ country.

Lycett threatened to put £10k of his own money in a shredder unless Beckham withdrew, which of course he didn’t. (Beckham did not, as far as I know, respond at all.) So on the opening day of the World Cup, he got £10k and shoved it into what looked like a woodchipper.

I thought it was telling how many complained about Lycett seemingly shredding £10k in time of cost of living crisis, and not about Beckham… but Lycett revealed that actually it had gone to LGBTQ+ charities instead.

Arantor said:
I thought it was telling how many complained about Lycett seemingly shredding £10k in time of cost of living crisis, and not about Beckham… but Lycett revealed that actually it had gone to LGBTQ+ charities instead.
Click to expand...

As a side note, not directly related but hooray for our countries approach to 'obsession over celebrity'. This time for once we actually see some positives for not rewarding Beckham for committing.
Last edited: 23 Nov 2022

I've been keeping up with it because it's always in the news and such a disaster. Wow! Thanks for the updates!

Man there's some funny memes about Qatar at the moment.