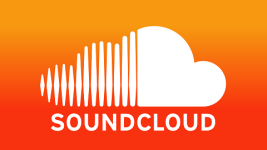 I've been listening to music on SoundCloud for the longest time for free, no login, and found it to be very good. What I couldn't do, was download any tracks, as that requires a SoundCloud Go or SoundCloud Go+ subscription to download legally. While there are various ways of ripping the tracks off the site (Google is your friend, see below) I wanted to be totally legit about it and help support SoundCloud and the artists, so I subbed the Go+ service at £9.99 / month with the first month free.

Then I got a nasty surprise: I couldn't actually download anything!

First I checked the artists that I was interested in: nothing. Then, I started checking random artists and tracks. It must have been over 50 and none of them, that's right, none of them allowed a download! Most of the tracks I can't even buy either. I'd have been willing to do this too, again to support the artist, but only a handful had the option available and none of the songs that I wanted, I'm stuck with the same streaming service that I had for free and which had no ads anyway. This makes the subscription useless for me, I feel quite frustrated about being duped like this and hence I felt I should write this article to warn other customers. Once again, the honest customer is punished while pirates get everything for free.

The subscription promotion page claims "save unlimited tracks for offline listening" under each subscription and the text in the picture also claims "SoundCloud Go+ gives you offline and advert free listening to everything from mainststream releases to DJ sets and remixes" as in the screenshot below, for both subs. So, if this isn't designed to give a potential customer the impression that they'll be able to download all the music they want, then I don't know what is. Very deceptive. 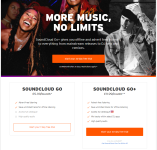 What it doesn't tell you is that the artists can allow or disallow a track to be downloaded. There's no asterisk beside the claims either to alert you to this limitation like one sees in honest adverts - the double asterisk in the screenshot relates to a different limitation, so they know how to use asterisks, right? Only when I investigated this problem did I find it hidden away in a hard-to-find FAQ, screenshot below, with the following statement which makes no mention that it's almost impossible to actually find any downloadable tracks.

Please note: Not all tracks are downloadable. If you don't see a download file button, it means the user who uploaded it did not intend for it to be downloadable. Additionally, only individual tracks can be downloaded and playlists as a whole are not available.
Click to expand... 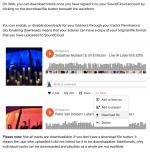 The upshot is that almost none of the artists actually allow their music to be downloaded, not even DRM-encrusted versions that I despise, like one can with other online services.

One can understand an artists' fear of piracy and hence they take measures against it such as this and that's one for another article. However, if a service advertises a function, and especially a major one like this as a headline selling point, then it better be available, at least for a large percentage of the tracks and the limitation explained up front, or it simply amounts to deceptive advertising to get your money. And it's obvious that SoundCloud know about this issue, let's not be naive about it.

This is sharp practice by SoundCloud and I'll be cancelling my subscription at the end of the free period because of this. I believe it to be dishonest enough that one could probably take them to court over deceptive advertising and win, even with that disclaimer in the FAQ, if they had the time, energy and money to do it. I do not, so I'll simply vote with my wallet and cancel. If they ask for customer feedback, I'll explain that this is the reason.

Oh and as far as ripping the tracks off SoundCloud for free? Have at it. The article below by a third party website is publically available, plus given SoundCloud's underhand tactics and the fact that it's not even possible to buy so many of those songs, I have no moral issue with linking to it. If they had all been purchasable, then it would still have been underhand, but at least there would have been a way to get a downloadable copy of the song legitimately. 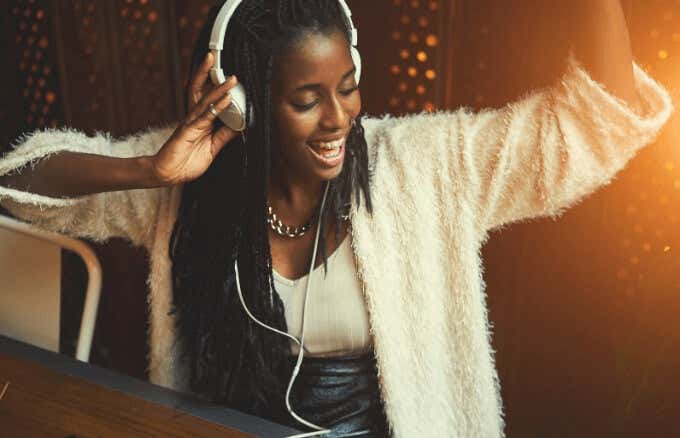 SoundCloud is one of the best music streaming sites you can go on to get the latest music, and stay on top of upcoming and new artists. Not only do [...]