There's a lot of misunderstanding and confusion surrounding placebo effects (note the plural) in medical treatment. This rather detailed blog post explains it all and helps to avoid the pitfalls.

“Placebo effect” is a term that almost everyone knows but few seem to understand. Misconceptions about placebo effects are rampant and usually center around the idea that a placebo effect occurs when you feel better because you thought a treatment would work. In reality, there are multiple types of placebo effects, many of which have nothing to do with whether or not you expect a treatment to work.

Understanding this is important, because misconceptions about placebo effects lead to erroneous arguments and poor medical decisions. These misconceptions are commonly manifested in the argument that, “a placebo effect is still an effect.” This argument is used as a justification for the continued use of treatments that have failed scientific testing because, according to it, even if the treatment only produces a placebo effect, that effect is still beneficial. As we will see, however, this argument is oxymoronic and completely falls apart once you understand what placebo effects actually are.
Click to expand... 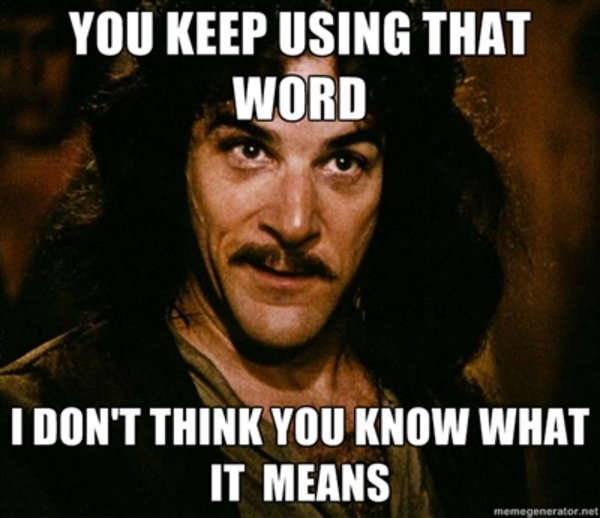 How well do you understand placebo effects?

“Placebo effect” is a term that almost everyone knows but few seem to understand. Misconceptions about placebo effects are rampant and usually center around the idea that a placebo effect occurs wh… 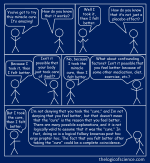 Interesting read on the reality of placebo effects when trying new products. Also related are the errors in trials on products because without the right controls, the trial is failed from the beginning. I have read my share of trials on medication, treatments and/or surgeries and if you look close enough, you can see the failure in the design of the control groups in an effort to direct the results of the trial to the benefactor.

I know when I have some chocolate, the world is all good again.

Chocolate has a side effect of producing both dopamine and oxytocin in the brain for a two-fer of positive reaction.

Oh yes, chocolate fixes everything! I so love chocolate lol. 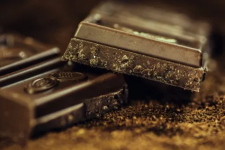 Some dopamine and oxytocin for our Monday brain boost! 🍫

My wife likes Mondays because Monday morning is when the bedsheets get changed.

Arantor said:
My wife likes Mondays because Monday morning is when the bedsheets get changed.
Click to expand...

OMG!!! 🥳 ME TOO!! Monday is my favorite day because that's what I do on Monday's, change out the bedding. I thought I was the only one in the world with this little happy meter Monday thang......all of the bedding down to the mattress pad and under pillowcase cases gets changed out and washed, like clockwork, holiday or not, which is why I have a second set in case there's a holiday, change and wash the day after the holiday.....OMG!! Waving to your wife!!😇

Arantor said:
My wife likes Mondays because Monday morning is when the bedsheets get changed.
Click to expand...

Tiff mentioned the Monday brain boost - bedsheets being changed is Monday mood boost. It's one of the things our cleaner does. (We're usually working far too much and far too late to otherwise keep up with the housework properly so we funnel some of that into a cleaner once a week.)

I have a full checklist for daily and weekly chores. I follow it to the "T". Yes I have some OCB about "clean".

My favorite saying I've used with my kids with chores, "No fun until the chores are done". 😊

Chores done in the morning leaves you free to play in the afternoon. @Retro that was purposely implicit for you

Great to see you have that level of discipline, Tiffs.

Retro said:
Great to see you have that level of discipline, Tiffs.
Click to expand...

Lithium-ion batteries have a memory effect too

Do 'bouncing universes' have a beginning? Does the universe have an end?

T
How to cross the road in Vietnam