Liz Truss effigy to be burned on 5th November 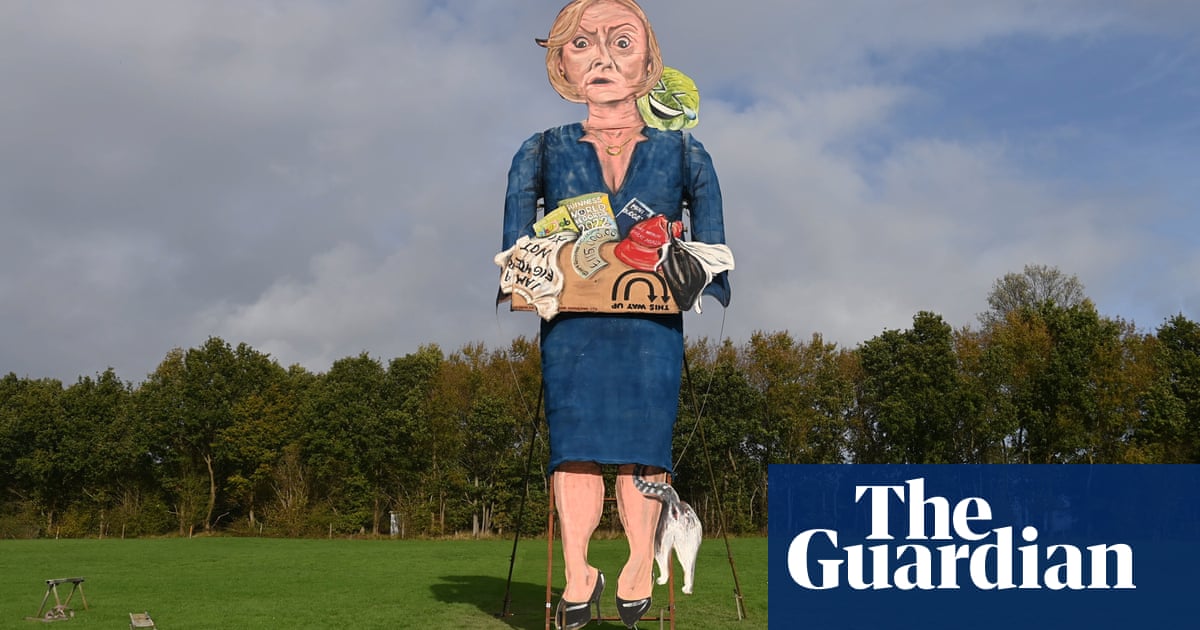 Huge effigy bearing slogan ‘I am a fighter, not a quitter’ will be burned on 5 November as part of annual tradition

To anyone reading this thread not from the UK this is the closest to rebelling that's permittable here.

Part of me wants to go down to Lewes and see the actual carnage that will happen there. But I'm likely to be working at least some of the weekend.

For those curious about what the heck this is all about, it's ultimately our Guy Fawkes night, except that it has some history to it. I've never quite understood how the Guy Fawkes thing made its way to America though I suppose it's just about old enough to have predated the Mayflower leaving from Plymouth)

Specifically, 5th November 1605, a group of 13 Catholic dissidents were unimpressed that the new King, James I of England (also, James VI of Scotland) basically wasn't Catholic enough for their liking and they decided they were going to blow up Parliament. There were a lot of barrels of gunpowder stashed under the Houses of Parliament and they were going to set it off when the King was in court.

Except Guy - Guido - Fawkes didn't do a good job with prepping the gunpowder (as he was one of the munitions folks, and not - interestingly - the ringleader) and the gunpowder was damp and didn't go off when it was meant to. The group were arrested and tortured for treason.

We celebrate this every year - especially if you're down south, less so in other parts of the country - with bonfires, burning hated figures in effigy, and the like. More especially if you're down in the south, you'll see the local bonfire societies doing parades through the towns raising money for charities in the run up to 5th November. Edenbridge doesn't really have the monopoly on burning hate figures; Lewes is where it all goes down, thousands of people turn out for it, the local shopkeepers board up their frontages and everything.

There's fireworks, torches, and figures burned in effigy. I have a very pointed memory of Osama bin Laden being burned in effigy in 2001, for some reason they'd made the figure with him sat upon a toilet with his trousers down. It'll be worth looking out for the pictures Sunday/Monday for sure.

Crims said:
To anyone reading this thread not from the UK this is the closest to revolution that's permittable here.
Click to expand...

No, that was tutting and booing at George Osborne during the 2012 Paralympics where he gave out a medal to some of the participants, the day after he'd announced slashing the budget for some part of the disabled population.

Or in 2010, the riots after the Lib Dems had a coalition with the Tories and backtracked on basically all their manifesto pledges.

The people hanging on to outdated gadgets