One Shot shot in one shot

I've just seen decent action movie One Shot made by Sky. When a movie has Scott Adkins in it, you know what you're gonna get. Recommended.

The movie is brutal and I'm surprised (and pleased) that it's not an 18 which would limit its audience.

Anyway, this post isn't about the movie so much as the filming technique used, one shot, which the film takes its name after. Not many movies are made in one apparently continuous shot or take for the whole film, but this one was and I've only seen one or two like this before. The movie dynamics looked a bit odd until I realised what was happening and then I found myself intrigued by how they could make a movie this way, since the technical challenges are significant.

Going by the Wikipedia article below, it turns out that some movies are literally made in one shot, somehow, meaning that there are no retakes of a scene, or the whole movie has to be redone and meticulous planning is required. Those movies are listed and there are only a handful of them.

The other way is to shoot it in multiple scenes and then stitch them together in editing, which they did in this film. There was only one place that I noticed this where there was a panning discontinuity towards the end of the movie. Playing it back again, it was definitely a glitch in the film which the filmmakers decided to leave in, perhaps because a retake would have been impractical or too costly, I dunno. I think they should have made the effort to get rid of the glitch though.

CGI can be used to make the joins seamless between scenes, but I don't know if they did that here. The Wikipedia article lists these multiple take one shot movies too and again, only a handful exist.

I think this filming technique is interesting and can work for the right movie. I especially like that the movie plays out in realtime, similar to how 24 did. What do you think of it? 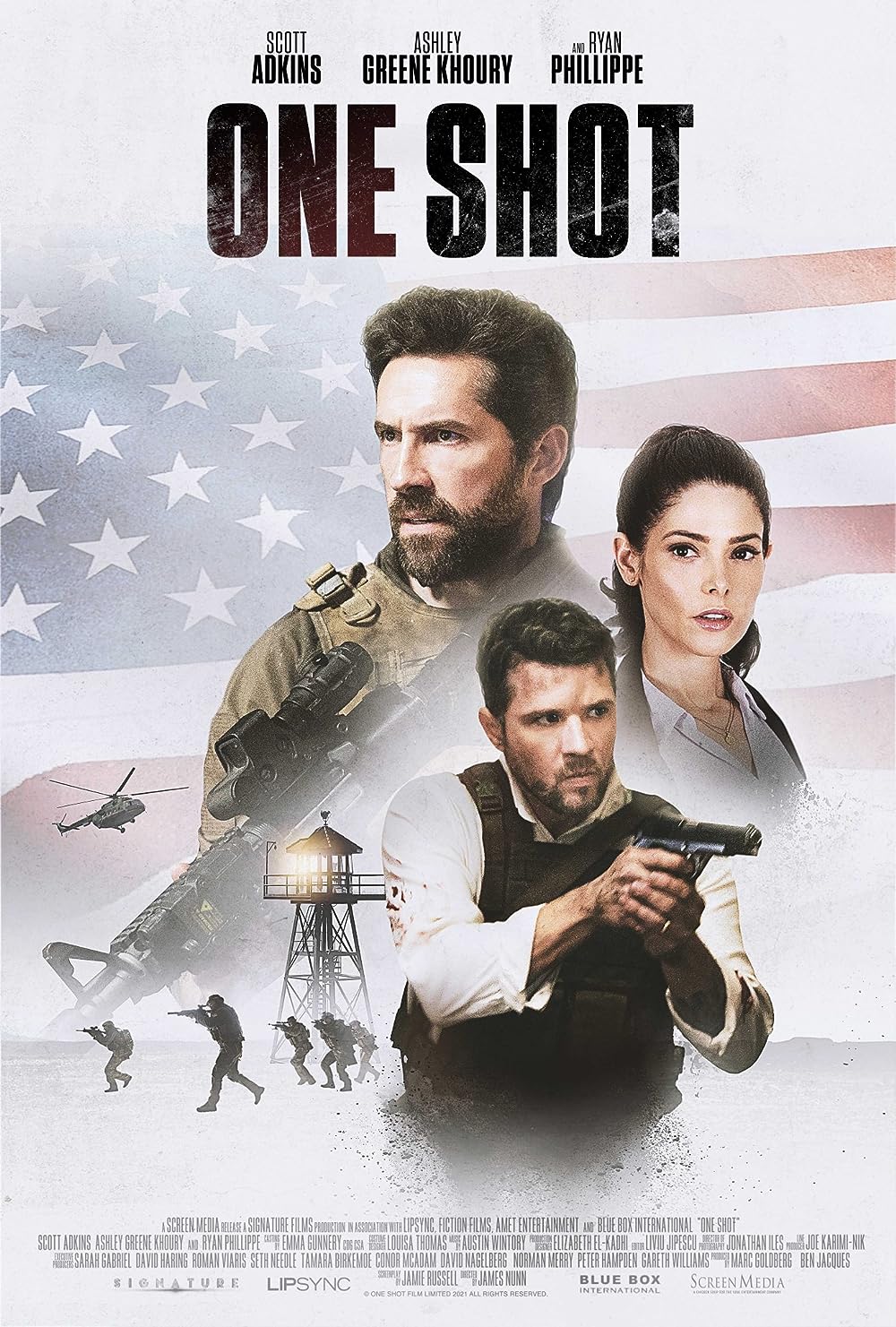 One Shot: Directed by James Nunn. With Scott Adkins, Ashley Greene, Ryan Phillippe, Emmanuel Imani. An elite squad of Navy SEAL's, on a covert mission to transport a prisoner off a CIA black site island prison, are trapped when insurgents attack while trying to rescue the same prisoner.